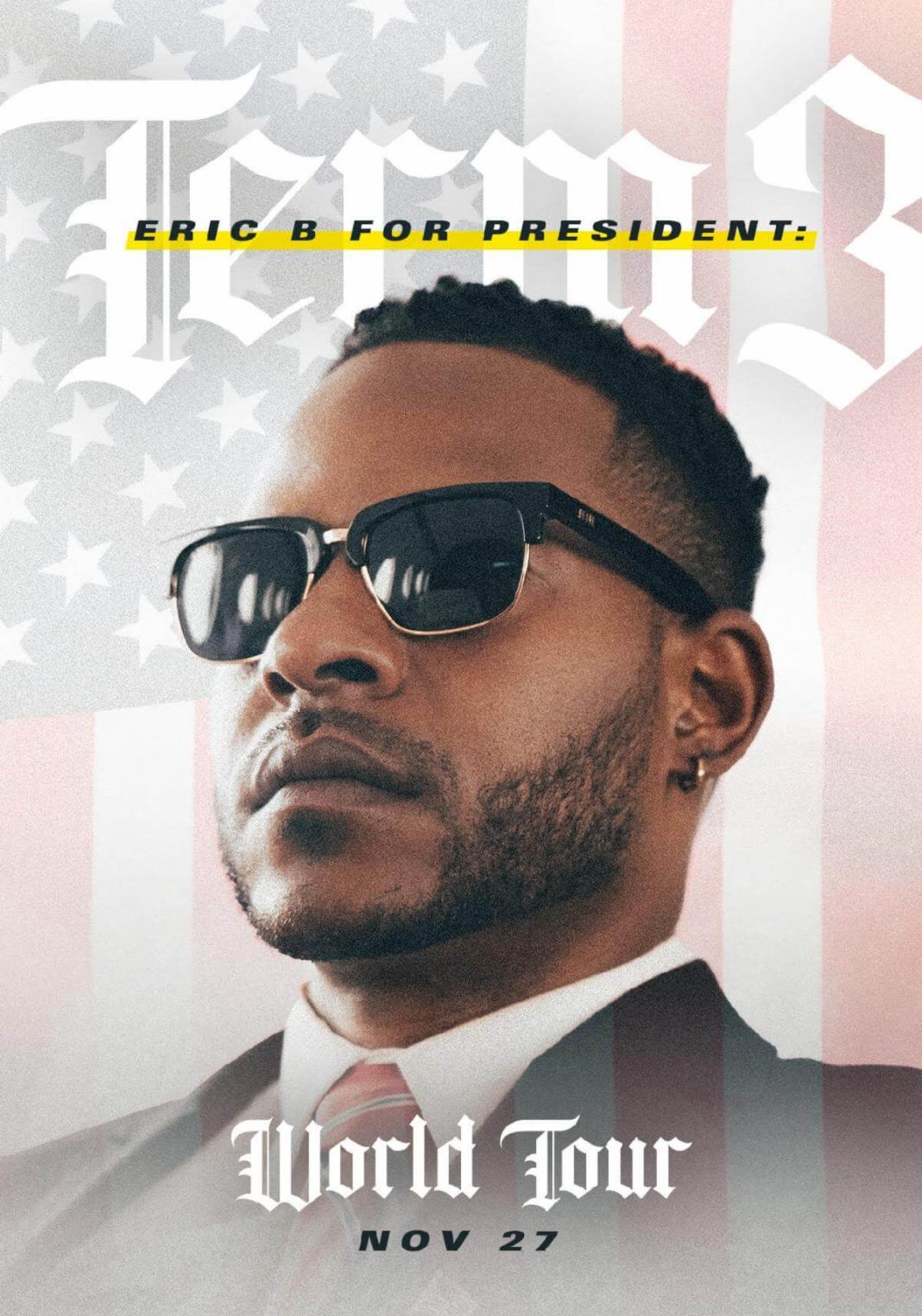 The event will be streamed live in HD around the world and will be available on-demand for a limited 48 hour showing via DREAMSTAGE. Tickets for the livestream are available today at DREAMSTAGE.LIVE.

For the event, Bellinger is set to perform music from his latest release Eric B. For President: Term 3 along with other career hits. Term 3, which marks the 30th project of his prolific career, is a visual album was created with fans over social media and was inspired by the real life relationship with his wife La’Myia Good-Bellinger.

Catch the movement on his website ericbellinger.com/term3. Along with Term 3, Bellinger has been working on the all-encompassing brand 2090 New Vintage which incorporates music, fashion, film and art. He’s also featured on T.I.’s new album and co-wrote recent songs on YG and Teyana Taylor’s new albums along with Wale’s certified platinum record “On Chill.”

2020 has been a challenging, but busy year for Bellinger. Who partnered with Jermaine Dupri on the track “CHANGE” alongside 17 other artists including Ne-Yo, Common and Kirk Franklin benefiting the Social Change Fund, a charity organization created by NBA superstars Dwyane Wade, Carmelo Anthony and Chris Paul.

Last month, he collaborated with Inigo Pascual for the song “Rise,” a positive cross-cultural anthem featuring several pop stars from around the world. He also performed with David Banner for his RISEHC2K20 virtual concert, which donated its proceeds to the Thurgood Marshall College Fund. Released his own powerful single “Enough” during the George Floyd police brutality protests, calling for change and justice.

Eric Bellinger’s show with DREAMSTAGE is going to be one for the books. The ‘World Tour’ is going to be jam packed with new music meant to be heard by audiences around the globe.