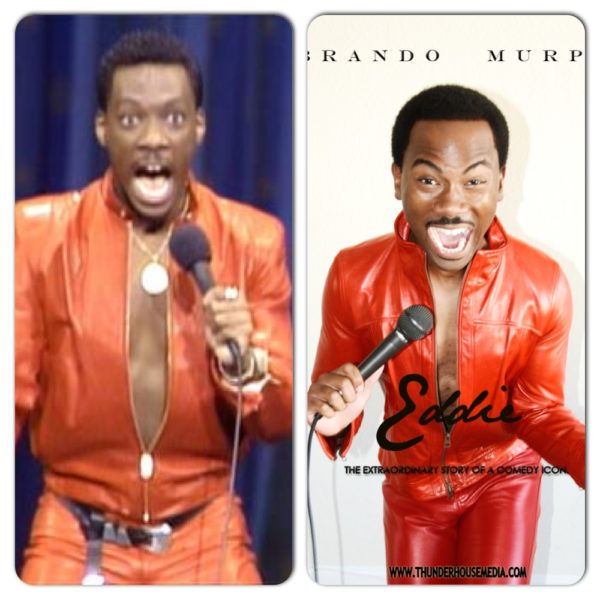 Comedian Brando Murphy, who I have personally witnessed rip off portions of Eddie Murphy's act and allow hosts at various Los Angeles comedy clubs to introduce him as Eddie's son without correcting them, is determined to prove that point with a new $50 MILLION defamation lawsuit against Eddie MurphyBrando claims Eddie Murphy is trying to destroy his career by threatening to sue him earlier for portraying himself as the legend's son.According to Brando's lawsuit, “The name Murphy is of Irish decent … and not exclusive to Eddie Murphy, a ‘Black Man’ of African Ancestry and a purported African-American.”According to Eddie, Brando tries to look and act like him, which again is true based on what I have witnessed but Brando says, “I did not create myself and that the way I look is an act of GOD.”Brando says he never tried to pass himself as Eddie’s son but not only did he appear on a comedy tour entitled “The Sons of Comedy” with Richard Pryor’s real son, I was actually seen him with the flyers for the tour passing them out.Eddie’s lawyer, Marty Singer, told TMZ, “This is an absolutely ridiculous lawsuit, and we are confident it will be immediately dismissed by the court.”