Ebro In The Morning Heads to Portland, San Antonio and Amarillo 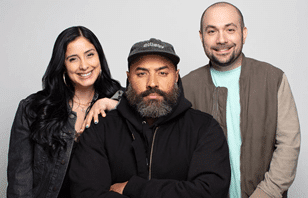 According to Phil Becker, Vice President of Content of ALPHA MEDIA, “I admire and appreciate the talent and perspectives of Ebro, Laura, and Rosenberg and I’m proud of Alpha for continuing to be trendsetters in the media space by becoming the flagship affiliate. The radio industry has become too reliant on phony phone calls and the assumption that listeners want characters over authenticity. Ebro in the Morning understands that and will be a wonderful addition to our portfolio of Radio Station s, and I look forward to working closely with them.”

Ebro Darden shares, “We are so excited to wake up Portland, San Antonio, and Amarillo each day. We’ll make sure to talk some trash, get into it, show some love, give some hugs, and play some tunes.”

Eric Faison, president of Superadio, LLC, added, “This is a big deal! “Ebro In The Morning with Laura Stylez and Rosenberg” is one of the premier hip-hop morning shows in the country, and to have Alpha embrace it to anchor mornings in these markets speaks to how important the show is to the culture and how much they want to win. We think that this is only the beginning!”