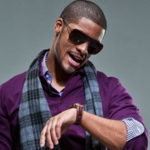 We’ve all heard of the Charles Dicken’s classic novel, “A Tale of Two Cities.” That same aforementioned title has taken on a new connotation as it serves at the title of rapper, J. Peguero’s current project that features his hot new single, “Good Time.” I must say that I had a good time speaking with the Dominican Republic born, J. Peguero as we talked about what it means to grow up in New York, how moving to Miami changed his mindset about the music industry, and how he and other independent artist stand out in the over saturated market of hip hop music. Check out our Drive-Thru Interview with Mr. J. Peguero and you can find out more info about this up and coming phenom at www.jpeguero.com

Radio Facts : I read that you were raised in Brooklyn but you felt guilty about leaving New York to move to Miami. What was it that made you feel guilty about it?

J. Peguero: Only because when you are a New Yorker, you have a lot of pride. It’s New York! If you are from there and start to claim another city, NY will let you know. By that I mean my family and friends, they let me know by telling me not to forget where I come from and things like that. Also, it’s the Mecca of hip hop music and I’m very proud of that. I get a lot of my music knowledge from New York and just culture in general. I have a lot of respect for Miami as well because my music is influenced by me living here as well. 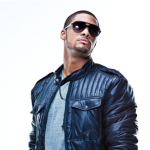 RF: Tell us about the project and the entire concept behind your current project, “A Tale of Two Cities.”

JP: Tale of Two Cities is basically me talking about my experiences, the struggles, and my fight growing up in two cities. You hear the Miami sound in my songs and you hear the New York influence as well in regard to lyrical content and delivery. But when it comes to the way I certain things, it’s definitely the south. I wanted to make a mixtape that tells my story about coming up in Brooklyn and living in Miami because both of those cities made me who I am. You will hear that the intro has more of a New York sound where I talk about family, struggles, and stuff like that. As you go in deeper into the music you run into songs like “Drop It” and “Turnt Up,” which talk more about the Miami nightlife. 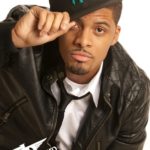 RF: Hip Hop is a highly over saturated market today, how is it that you were able to stand out or how does any independent artist stand out in this industry today?

JP: I guess I just don’t try to follow any trends. I always suggest that an artist stay consistent and stay true to yourself. If you are a street rapper, do that. If you are a skateboard kid, be a skateboard kid.  Your fan base will eventually catch up to you. Just keep believing in yourself and keep working. The better you become at being you, the fans will come. 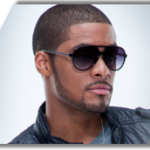 RF: You are originally from the Dominican Republic. Do you ever go back and how is your music influenced by that culture as well?

JP: Most of my family lives in New York but the rest of my family lives the D.R. I used to go back every summer but now I go back as much as I can. My dad passed away but we still have his house there and that is where I stay when I go there. I get a lot of love in the D.R so I love it.  Actually, Peguero is my mother’s maiden name and  I do this for my mom. She pushes me to be creative and to be the best I can be. People always ask me why I have such a difficult name but that is my families name and it means a lot to me. I grew up thinking my real name was J because my mom calls me that and my entire family. I thought my real name was J until I started school.  I always represent the D.R and I guess I really should have done a project called, “A Tale of Three Cities.” 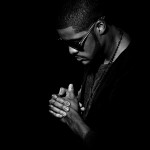 RF: Finish this sentence J. Peguero: People would be surprised that I…

JP: People would be surprised that I draw. I’m heavily into the arts and I love it. Coming up I used to do my own designs, colors, and everything. I would write the songs, record the songs, do the art work for music, and I would design the t-shirts. That’s actually how I got discovered because I was doing so much as artist on my own.