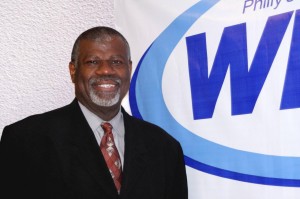 Philadelphia, PA, October 24, 2011: ““ Richard Lewis, Director of Sales for Clear Channel Radio Philadelphia today announced the promotion of Don Wiggins from Director of Local Sales for WDAS FM to Urban General Sales Manager adding WUSL FM (Power 99 fm) and WUBA AM to his responsibilities.     Lewis said, “I have been impressed by the passion, energy and vision Don Wiggins has brought to the company and the positive impact he has made on our urban brands.”     John Rohm, President and Market Manager for Clear Channel Philadelphia says, “Don Wiggins has shown tremendous leadership and produced extraordinary results in the six months since he joined us. He is exactly the right person to take our urban brands to the next level.”     Loraine Ballard Morrill, Director of News and Community Affairs says, “Don brought a powerful commitment to community from the moment he set foot in the city. He has been and will continue to be a tremendous partner in Clear Channel‘s community engagement efforts.”    Wiggins says,   “I embrace the challenge of taking our heritage Radio Station s WDAS FM and Power 99 fm as well as WUBA AM to greater heights in revenue and community service.   I’m ready!”

Wiggins came to Philadelphia from South Florida where he was Sales Manager of Clear Channel Stations 103.5, Y-100, Mega 94.9, MIA 93.9, Big 105.9, WIOD FM and WINZ FM.    Don Wiggins has served in many facets of the radio and Television world over his 40 year career in the industry, including Morning Show Announcer, Local Sales Manager, and Regional Sales Manager and as an owner/vice-president. Wiggins began his broadcast career as an announcer at WWWS-FM in Saginaw, Michigan and served as an Account Executive in Las Vegas, Nevada selling KTRI FM, a country western Radio Station , Manager of WDZZ FM in Flint, Michigan, General Sales Manager of the NBC and the FOX TV affiliates and Manager of Cumulus Broadcasting in Flint, Michigan.