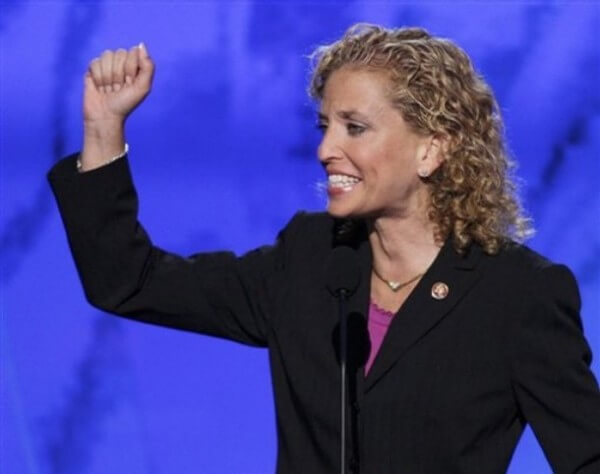 As the U.S. Supreme Court begins hearing oral arguments today in the cases of Sebelius v. Hobby Lobby Stores Inc. and Conestoga Wood Specialties Corp. v. Sebelius, DNC Chair Debbie Wasserman Schultz released the following statement:“No woman should have her access to contraception cut off based on her boss’ opinion. An overwhelming majority of American women use contraception to stay healthy and plan their families, and it should be treated like any other preventive care. The overall goal of the Affordable Care Act is to make quality health care affordable and accessible for all Americans, no matter where you work or what your gender.“A rejection of the contraception benefit would only take us back in time, crippling the progress we’ve made in the four years since the Affordable Care Act became law. As Democrats, we respect the right of all Americans to exercise their religion, but we do not believe that for-profit employers should have the right to impose their religious beliefs on their employees. These groups and the Republicans who support them are on the wrong side of the issues that are most important to women. From opposing equal pay legislation, to delaying reauthorization of the Violence Against Women Act, to insisting politicians make medical decisions that belong between a woman and her doctor, the GOP’s agenda is as out of touch as ever.”

Radio FactsAugust 6, 2020September 17, 2022
August 6, 2020September 17, 2022
FacebookTwitterInstagramYoutube
We use cookies on our website to give you the most relevant experience by remembering your preferences and repeat visits. By clicking “Accept”, you consent to the use of ALL the cookies.
Do not sell my personal information.
Cookie SettingsAccept
Manage consent