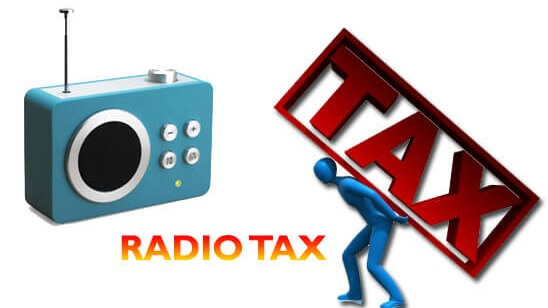 The Free Radio Alliance today grew the diversity of its opposition to a performance tax on radio stations across America by announcing four new members: The National Organization of Black Elected Legislative/Women (NOBEL/Women), The Intertribal Agriculture Council, the US Hispanic Chamber of Commerce and The Hispanic Leadership Fund.
“Each of these groups has a diverse mission, but they are united in the fight against a performance royalty on local radio stations across America,” said Free Radio Alliance spokesperson, Peggy Binzel. “The Free Radio Alliance is delighted that they have joined the cause. From black women legislators to tribal farmers to Hispanic-owned businesses, these groups understand that weakening free, local radio stations is bad for their communities.”
NOBEL/Women, a non-profit, non-partisan organization primarily composed of current and former black women legislators and appointed officials, is engaged in public policy debates around key issue areas, including telecommunications. “We joined the Free Radio Alliance because we know that women often are responsible for making the family’s budget balance and we think preserving the option of free, local radio is important for households across America that are trying to make ends meet,” said NOBEL/Women President Representative Laura Hall (AL) “Not everyone wants to or can afford to pay for music; for these listeners, local radio is an important way that they can still receive the best in music, local news and weather, all for free.” said Binzel. “In a music world that is rapidly moving toward pay-only options, the public interest argument for preserving free, local radio becomes even more compelling.”
The Intertribal Agriculture Council is recognized as the most respected voice within the Indian community and government circles on agricultural policies and programs in Indian country.
“The Intertribal Agriculture Council joins other farm groups who understand that farm radio is a vital link to local weather and other critical information and want to keep local radio strong,” Binzel added.
The US Hispanic Chamber of Commerce represents the interests of 3.2 million Hispanic-owned businesses across the United States.
“Business owners who play recorded music in their establishments understand that if the record labels succeed in imposing a performance tax on radio stations, they will be the next target,” said Binzel. “There is no question that the record labels are engaged in a divide and conquer campaign. First, the labels are targeting radio stations; the ink won’t even be dry on the legislation before the record labels take aim at extending the performance tax to all establishments that play recorded music. The Free Radio Alliance is delighted that more organizations, like the US Hispanic Chamber of Commerce, that represent local business owners are joining the fight.”
“The Free Radio Alliance welcomes The Hispanic Leadership Fund,” Binzel added. “As a non-partisan advocacy organization dedicated to promoting public policy solutions rooted in free enterprise, limited government, and individual freedom, the Hispanic Leadership Fund understands that government meddling in an 80-year mutually-beneficial business relationship between the music industry and radio by adopting a one-sided piece of legislation favoring the record labels is a bad idea.” Hispanic Leadership Fund President Mario Lopez added, “Nothing good usually happens when the government inserts itself in the middle of an established business relationship, especially when it tries to impose a new tax.”