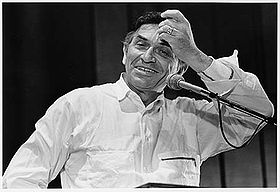 Songs from an amazing archive of live concert performances now packaged for   Classic Rock stationsDial Global today announced a partnership with Wolfgang's Vault (https://www.wolfgangvault.com), the online music company known for its vast archive of live concert recordings, vintage merchand ise and rock memorabilia.The Wall Street Journal heralded Wolfgang's Vault as “the most important collection of rock recordings and memorabilia ever assembled.”   The company began with the acquisition of the Bill Graham Archive.     Graham is considered a legendary concert industry figure, and he recorded thousand s of the performances he produced by the greatest rock band s in the 60s, 70s and 80s.     Since the BGA started it all, Wolfgang's Vault has added multiple other collections of live concert recordings.Under this agreement with Dial Global, radio stations can now feature individual live songs and concerts from classic rock superstars.   Many of these live recordings have never been played on the radio.Says Beau Phillips, Dial Global's EVP Programming,   “Wolfgang's Vault is the holy grail for Classic Rock fans.   It's the ultimate treasure chest of live concert audio and is a rock & roll superstore of band memorabilia.”Dial Global has packaged Wolfgang's Vault's recordings into daily features and weekend concerts.   Each performance will air in synch with significant dates in the artists' careers.   Prior to playing the live song, stations will receive the inside story that sets up the song, voiced by Dial Global's evening host, Greg Kihn.Phillips continues, “Dial Global's alliance with Wolfgang's Vault allows stations to celebrate historic days in rock music with amazing live performances from the biggest rock band s, captured in their prime.   Stations can take “˜this day in rock history to another level.”Eric Johnson, President & COO of Wolfgang's Vault commented, “We are very excited to work with the pros at Dial Global to bring these historic moments in live music to a larger audience.   Classic Rock radio listeners will be amazed to hear these shows they have likely never heard before.”The Wolfgang's Vault archive offers exclusive content to Classic Rock stations, with songs that listeners can't hear anywhere else.   Partner radio stations will also be offered the opportunity to give away merchand ise and memorabilia from Wolfgangvault.com.     Plus, affiliate stations will earn a healthy commission on products their listeners buy.

"Preachers of LA" Trailer, Here it is Folks… Any Questions? (vid)

Want to Be the Next Steve Harvey or Rickey Smiley? Job Posting for Morning Host

LOOK: Gary Bernstein at the White House with the President and the First Lady

Anthony Davis, Dwyane Wade or Kyrie Irving: Who has been LeBron’s...

Boxers Jermall & Jermell Charlo get quizzed on how well they...

Patrick Mahomes & Lamar Jackson represent the present and future of...

Anthony Davis, Dwyane Wade or Kyrie Irving: Who has been LeBron’s...

Boxers Jermall & Jermell Charlo get quizzed on how well they...