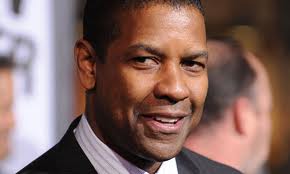 In an exclusive interview with Xan Brooks published on The Guardian.co.uk, everybody’s favorite actor, Denzel Washington opens up about not being a Hollywood guy and not kissing a$$ just to get by in Hollywood. He had this to say, “Actually, even within the industry, I don’t have any actor friends. My friends are old friends. One’s an ex-music guy, the other’s a restaurant owner and the other’s an ex-pro ballplayer.”When Xan went on to press on that topic and asked why he didn’t have many friends among his colleagues, Washington proceeded to say, “Because I don’t make friends! Maybe I’m not a butt-kisser, maybe I’m not a schmoozer. I’m not about to go to a party to try to get a job. And then when you have children, the other friends become other parents. We’d coach baseball or basketball. My wife and I were raised right. I don’t want movie-star friends. And being African American, there were no big movie stars to hang out with anyway, not when I was starting out, they were just the third guy from the back! For whatever reason, I never befriended any white actors.”Of course in typical Hollywood fashion, one of Denzel’s PR people came to the rescue regarding the Guardian story, “I sat in on this interview.  The part they failed to mention was after he said “˜never befriended any white actors’ he mentioned “˜except,’ and then listed Tom Hanks, Mel Gibson, Julia Roberts, etc. They cut the rest of the thought out. The rest is fine though.”Denzel also doesn’t consider  himself a celebrity and defines himself differently. “In the current culture of celebrity in America. “I’m a working actor!” he declared. “What’s a celebrity anyway? Paris Hilton’s a celebrity. I’m just a working actor.”