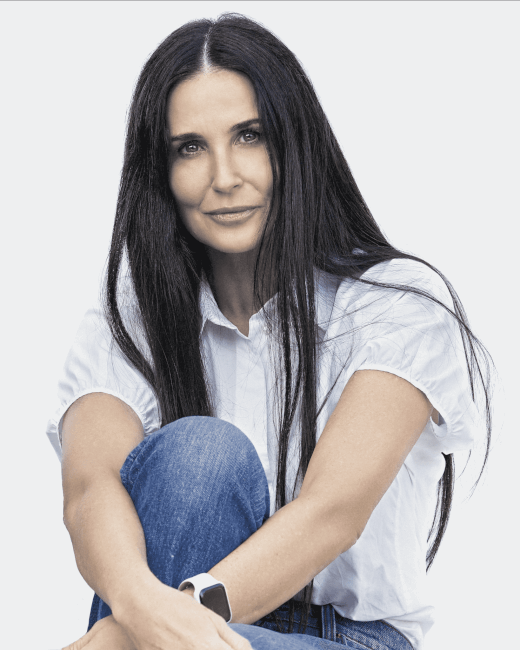 The film is directed by author and theater veteran Amanda Kramer (Ladyworld), and based on a script by Kramer and Noel David Taylor. Filming is under way in Butte, Montana.

Veteran producer Rob Paris (The Blackcoat’s Daughter, I Am the Pretty Thing That Lives in the House) has been tapped as President of Rivulet Media’s film division and will produce alongside Gül Karakiz (The Last Laugh) and Mike Witherill (John Wick).

Rivulet Media is backed by a consortium of investors led by early Peloton backer Larry Silver who will executive produce along with David Silver under their Silver Bullet Entertainment banner. Rivulet’s Klusman and Witherill said, “Content is without question one of the most exciting growth sectors in the world today.

Larry Silver brilliantly identified the convergence of technology and bespoke content in Peloton and we are thrilled that he sees a similar opportunity in Rivulet.”

Rob Paris, President of Rivulet Films, said, “Please Baby Please is a wildly inventive and groundbreaking piece that has become a labor of intense love for some of the most amazing actors working today. And with diversification across all genres being key to our acquisition and production strategy, we couldn’t imagine a better coming out party.”

The film follows newlyweds Suze and Arthur who, after witnessing a murder in the gritty streets of a surreal 1950s Manhattan, become the dangerous obsession of a greaser gang that awakens a sleeping quandary about the couple’s sexual identity.

Golden Globe nominee Demi Moore has proven herself to be one of the industry’s most accomplished performers, lending her talents to an array of revered films and television both in front of and behind the camera. Moore’s acting career took off in the late 1980’s when she starred in St. Elmo’s Fire.

She then went on to star in such iconic films as About Last Night…, Ghost, A Few Good Men, Indecent Proposal, The Scarlet Letter, Disclosure, Striptease, and G.I. Jane. Success poured into the following years, with Moore consistently starring in well-grossing films Including Charlie’s Angels: Full Throttle, Bobby, and Margin Call among many others.

She recently lent her voice to QCode’s newest podcast “Dirty Diana,” which she is also a producer on, and she will next be seen in the upcoming pandemic feature Songbird. In 2019, Moore added New York Times Best Seller to her lengthy list of credits with her best-selling memoir “Inside Out.”

British actor Harry Melling recently appeared in both Netflix’s The Old Guard starring Charlize Theron and The Devil All the Time with Robert Pattinson and Tom Holland. He was also featured in the Harry Potter film series.

He can now be seen in the Netflix limited series The Queen’s Gambit, developed by Scott Frank and Allan Scott, and upcoming, Joel Coen’s Macbeth, opposite Denzel Washington and Frances McDormand.

Watch The Season One Finale of “Tyler Perry’s BRUH