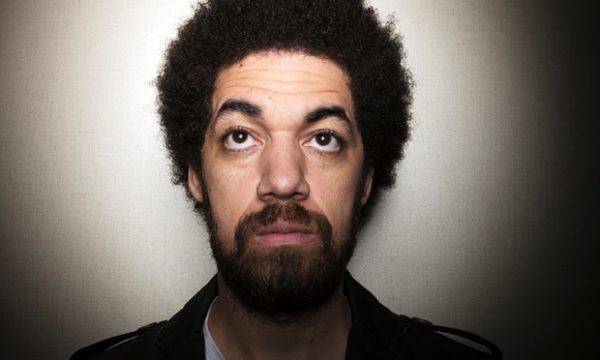 Kobalt Music Publishing (KMP) announced it has signed a worldwide administrative publishing agreement with acclaimed producer Danger Mouse. The agreement covers the producer’s future works, including those released via his own label, 30th Century Records, with Danger Mouse retaining full ownership and control of his rights. The agreement will also encompass publishing, creative, and sync services for his current and future works (back catalogue will revert to KMP as of March 2017).
“With limitless talent, Danger Mouse has an unmeasurably unique capability for recording and producing. His authenticity is unparalleled; and now with the launch of his very own label, his individual success and keen sense of talent will grow even more. We are thrilled to have such an artistic and influential writer and producer join the Kobalt family,” Richard Sanders, President of Kobalt, commented.
Sas Metcalfe, President of Global Creative at Kobalt, said of the deal, “As an artist, songwriter and producer, Danger Mouse has delighted us with his innovative creations throughout the years. He has an incomparable ability to collaborate across all genres and we look forward to a great working relationship with him.”
Danger Mouse is prominently known for his chameleonic musical sensibilities and his penchant for collaborating with music’s most inventive creators. In 2004, Danger Mouse blasted onto the music scene with a genius body of work, The Grey Album, an unprecedented creation that included vocals from Jay-Z’s The Black Album along with instrumentals from The Beatles’ White Album (The Beatles). The Grey Album went on to launch Danger Mouse’s reputation as a visionary. This foray into musical innovation progressed rapidly with 2005’s Demon Days, the most successful and critically-lauded Gorillaz album. 2006 saw the release of St. Elsewhere, the debut album from Gnarls Barkley, and Danger Mouse’s musical project with singer-songwriter CeeLo Green. The St. Elsewhere track, “Crazy” would eventually be recognized by Rolling Stone as the best song of 2006. Shortly thereafter, he produced Beck’s 2008 record, Modern Guilt, and Attack & Release with The Black Keys the same year.
In 2009, Danger Mouse joined forces with Shins frontman and indie icon James Mercer to form Broken Bells. To date, the partnership has resulted in two critically-acclaimed albums, 2010’s Broken Bells and 2014’s After the Disco, in addition to sold-out live performances across the world. A creative partnership with renowned artist Sparklehorse led to the star-studded studio album, Dark Night of the Soul which featured contributions from Iggy Pop, Julian Casablancas, David Lynch and Wayne Coyne, among others. Danger Mouse showcased his talents as a composer in 2011 when he joined Daniele Luppi to craft the epic, Rome featuring Jack White and Norah Jones and was inspired by Spaghetti Western soundtracks.
Most recently, Danger Mouse has been critically involved in the creation of Red Hot Chili Peppers’ 11th album which is currently slated for release later this year. In a span of just 10 years Danger Mouse received 18 GRAMMY nominations, securing five wins including Producer of the Year, Non Classical in 2011; and a Golden Globe award for his work with U2. Now, with the launch of his own label imprint, 30th Century Records, he has carved out another map for musical success along his distinct journey of unequivocal collaboration of sound and artistic genius.