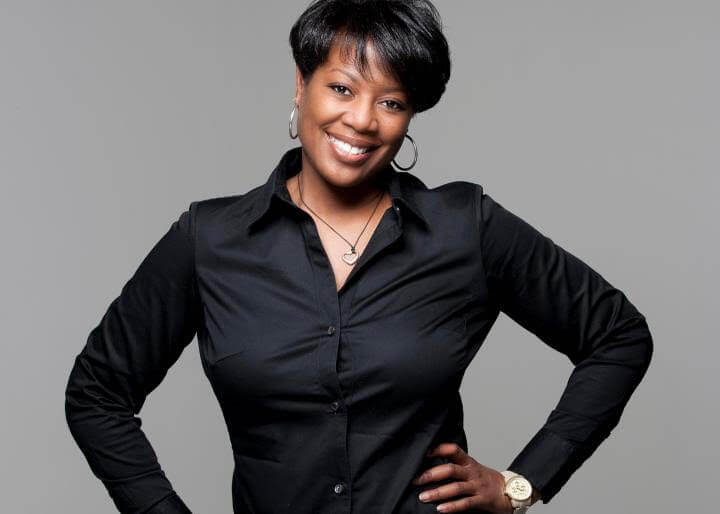 Cynthia Johnson was featured in our 2016 issueCynthia “CJ” Johnson is the Vice President of Urban Promotion for Columbia Records. She has a varied and impressive tenure in the music industry that has lasted over two decades. She currently works with artists like Beyonce, Dej Loaf, John Legend and Maxwell. She is one of the most respected women in the music industry and we thought her insight, experience, and perspective made her the perfect candidate for one of the Radio Facts 2017 Women of Color in Media. Enjoy.How did you get started in the industry? My first steps in the music industry were in retail. I worked for two record stores in Chicago while in high school. Working retail gave me a great foundation. I learned about distribution companies, the labels and the artists signed to those labels. After my freshman year at Notre Dame, I interned at RCA Records. Again, great experience. I went to radio with the regional promotion manager, met the program director at WGCI, put up posters in retail stores, took tracking from other reps. That truly was the best summer job. I did not know it at the time, but these experiences began my music industry journey.What was the experience like being new to the industry? The most memorable records were “No No No” by Destiny’s Child and “Just Kickin It” by Xscape. We all knew we had something with both groups. Xscape and Destiny’s Child were different in their approach to R&B, but both appealed to their target audience.In the many years that I have known you, you have an impeccable reputation. I have never heard anything negative about you. We work in an industry that has a lot of egos. What is your theory on dealing with other people in business? Always be fair and do the right thing for the station, program directors and definitely for the artist. I try not to get my personal feelings in the way, but work to achieve set goals. Ethical reciprocity one of my personal goals.What do you think is the secret to having a long career in the music industry? I always say, “stay current”. Just because an idea, plan or campaign worked five or 10 years ago, does not mean those plans are relevant today. Nothing is the way it was five years or a decade ago. The challenge is knowing what ideas to letting go and those one should modify to remain effective in today’s work environment.How has the landscape changed when working records now that streaming has become a viable entity? We still pursue airplay at radio stations across the country. Streaming numbers give us more information to share with radio along with digital sales, Shazam numbers, chart position and airplay at individual stations. We use all the information available to us, to move the needle at radio. We help programmers stay informed about the movement and consumption of music. 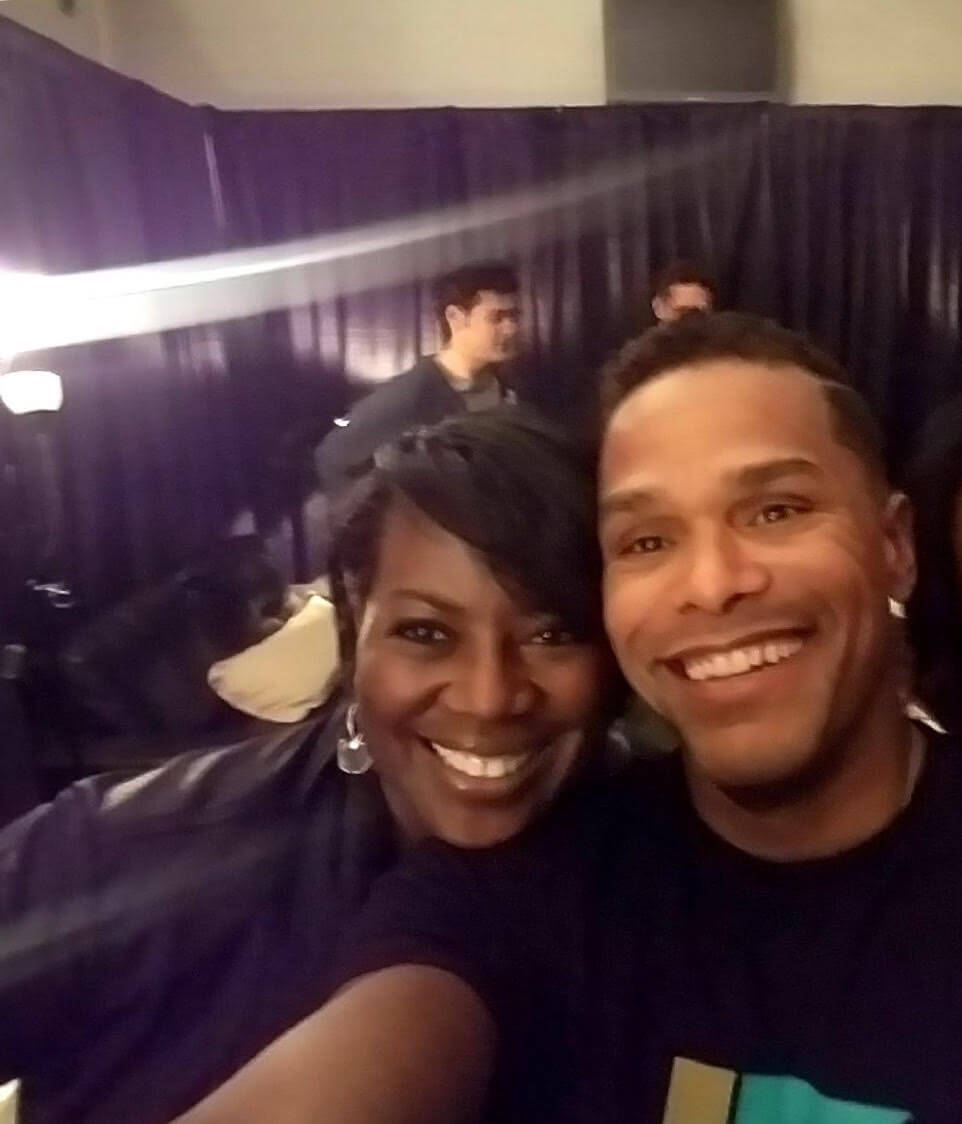 Does your job entail that you know about radio and streaming for your projects? Does one affect the other? Yes, I need to know how well a record streams because that is one of the ways people consume music. As people used to go to a record store to buy music, they do virtually the same when streaming songs on Spotify or Apple Music. Instead of browsing the aisles of a store, people sit at their computers or use their cell phones to search out new music or classic tracks. No matter what the outlet, people want to hear their favorite songs over and over. Just as we use to tell programmers how well a CD sold, we now tell them how well a single streams. Music consumption tells us what people want to hear.Working for a label with such a rich history. What do you think of the resurgence of Vinyl? Does Columbia print releases on vinyl?I think it’s crazy!!! Who knew vinyl would have a life in 2017? I knew I kept my turntable for some reason…LOL. Yes, Columbia does print vinyl.Tell us about some of the great people that you work with at ColumbiaI work with some of the best professionals in the music industry lead by Lee Leipsner. He brought me back to Columbia in 2011 after I left 10 years ago. He is an amazing promotion executive with a great deal of experience and insight. He is an example of professionalism to our entire staff with his dedication and leadership.We have a great team of format heads and nationals who are the best in the business, Jim Burruss, Brady Bedard, Jon Borris, Pete Cosenza, Ayelet Schiffman, Lisa Sonkin, Matt Stevens, Darice Lee, Aimie Vaughn, and James White. The Pop promotion staff with Samantha Brenner, Kesley Di’Tullio, Mark Potter, Dave Watson, Kathleen Broderick, Alex Frank along with Donna Haynes, Chris Sottile, Joe Roselli, Samantha Sachs and Steve Richards. I have to mention Jason Pleskow and Alex Summa who handle among other things video promotion for the label. And of course, the urban staff, Tamara Drake, Tony Wallace, Gary Sargeant, Demetrius Lloyd, and Sean Roberts go to battle every day with radio to get our artists the best airplay and chart position every week. I am fortunate to work with everyone at Columbia Records. We have an amazing team. Tell us about some of the current artists you are working? DeJ Loaf returned this year with a smash “No Fear”. Creatively, she achieved her goal to express her authentic self with this track. She’s grown musically and lyrically and was not afraid to share her growth with the world. Lecrae says it best, “I’m righteous and ratchet, all at the same time” We achieved Top 10 chart status with “Blessings” and now we’re going after airplay for his second urban single “Hammer Time”. Russ continues to make inroads at urban radio with “Me You”. The video dropped 7/25 with a 1 million views in one day. Calvin Harris released his album “Funk Wav Bounces Vol 1” featuring songs with some of today’s hottest hip hop and R&B artists like Future and Khalid on “Rolling” and Kehlani and Lil Yachty on “Faking It”. Everyone should look out for Juicy J’s new single “Flood Watch.” Ayo & Teo release “Rolex” with a great deal of support from their fans. We will have another single from these talented brothers soon. Maxwell continues to ride the wave of his popularity with “Gods” and John Legend did the same with “Surefire”. 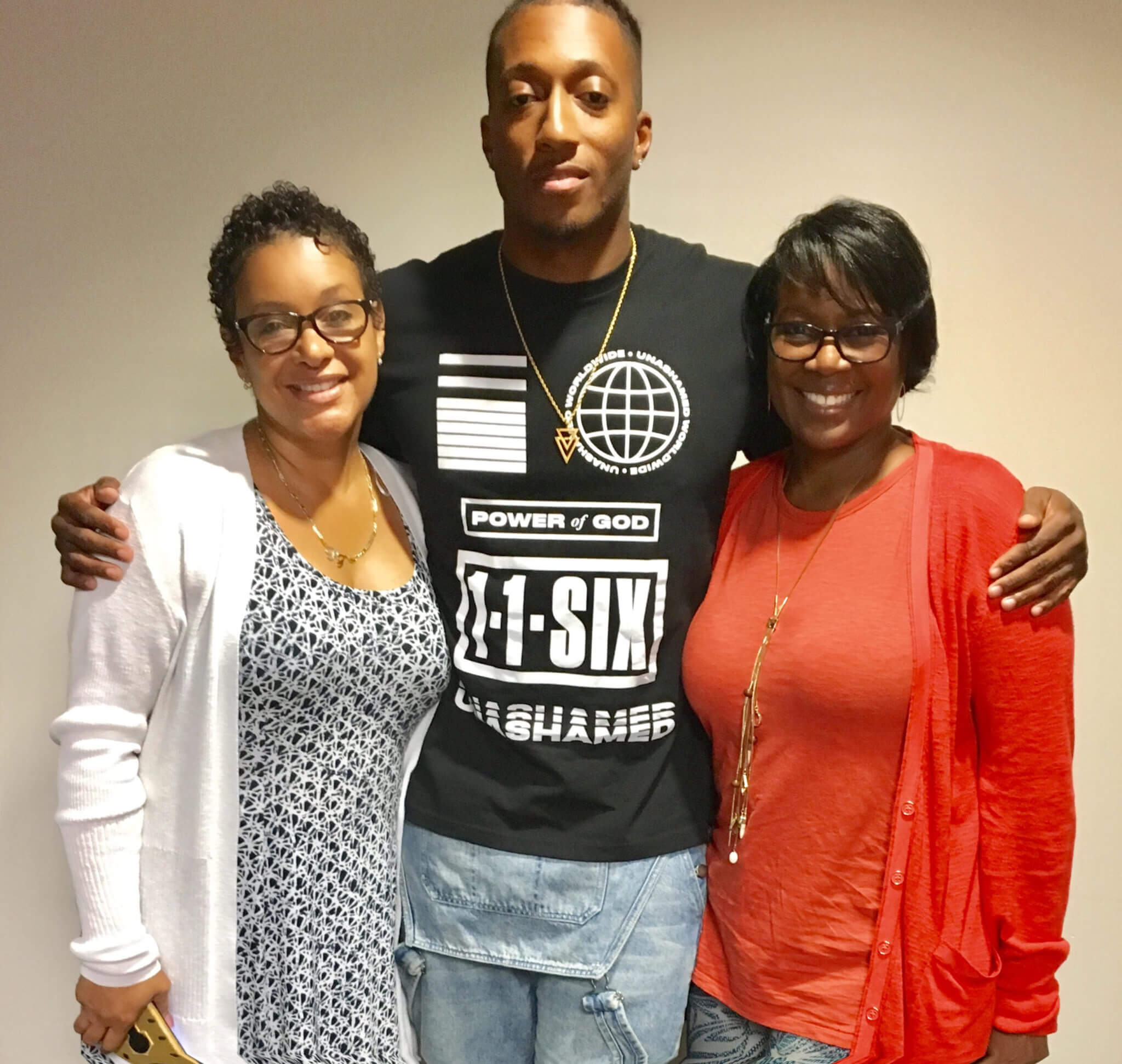 You have been working records for several years, what are some of the things that have changed over the years in your job? When I first started in the business, I had a trunk full of CD’s, vinyl, postcards, and posters. I would take CD’s to each music meeting until the PD put the record in rotation. I also took a notebook, sales information, charts, and marketing plans. Now when I go to radio, I only take my phone. I play music and pull up all the information I need from one device.Are you finding that today’s artists are more eager about business and educated about how the industry works more than they were 20 years ago?How people share information changed a great deal over the last 10 years. Artists are very savvy with social media and streaming and have built fans from a knowledge of how to use these platforms. They are in touch with their fan base and know how to engage them. They know where to go to perform and who will show up. It’s amazing to see the following some artist have as they walk in the door of the label for the first time.Many people say Radio is a dying industry, how do you feel about this? I do not agree. I think radio remains a viable entertainment outlet. Radio allows its listeners to discover new music. Radio gives a community a voice and is a source of information. Station sponsored events are still heavily attended. Air personalities are local celebrities with thousands of followers on social media. Radio is still here and will be for some time to come.Your Dad is a well-known industry figure, tell us about him and some of the things that you learned from him. Yes, my father Hillery Johnson had a very successful career in the music industry. He worked for Playboy Records, Capital, and was head of black music at Atlantic Records. After the labels, he established Valley Vue Records, an R&B/Jazz label. My Dad exposed my sister and I to the music industry at a young age. We went to concerts and the studio with him. We signed publicity pictures of artist he worked because one day, we would do the same on our own pictures. Unfortunately, I cannot sing, so the idea of a singing career quickly fell apart. He taught my sister and I what true professionalism looks like by his example. He told us to be a person of integrity, to speak the truth under all circumstances, to stand up for what is right and speak out against injustices.What would you say to young Women of Color who want to work in the music industry? First, get an education. Do not skip this step. Your education can take you not only to the music industry but other fields as well. Definitely intern at a label if possible. In this way, one can explore different departments at a label and decide what field appeals to the best. Stay diligent and persistent. It may take time to land that dream job.