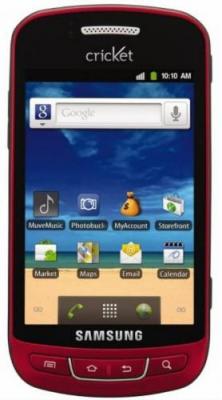 Muve Music is now the No. 2 digital music subscription service in the US . This is the warning we keep talking about when we say commercial radio better beware…Cricket Communications, a leading provider of value-driven wireless services and a wholly owned subsidiary of Leap Wireless International, Inc. recently announced that its innovative Muve Music service has surpassed 500,000 customers in one year. Since its January 2011 launch, Muve Music has grown to become the No. 2 digital music subscription service in the US. The service caters to a severely under-served audience, people who can’t afford computers.In addition, Muve Music’s customers are also demonstrating heavier usage of the service than any other mobile music offering. On a monthly basis, Muve Music customers listen to music on their phone approximately 40 hours and download roughly 300 songs over Cricket’s 3G network.”We’re very pleased with Muve Music’s first year results” said Doug Hutcheson, president and chief executive officer of Cricket Communications. “Muve Music has become a leading digital music service in a very short time and Cricket is seeing subscriber growth, ARPU increase and a positive churn trend on the back of this unique new product idea.”In the final months of 2011, Muve Music’s accelerating growth is attributed to affordable Android phone offerings and expanded nationwide distribution. Muve Music was integrated into three new affordable Android phones that Cricket launched in the third and fourth quarters of 2011. Starting at $55/month, Cricket customers are now able to purchase Android service that includes unlimited music and nationwide talk, text and web. In addition, Cricket took to the national stage with Muve Music as its headliner through expanded distribution relationships with leading national retailers that broadened awareness across the US and helped increase sales of the Muve Music product offering.”We’ve brought a fresh approach to digital music and the wireless space” said Jeff Toig, SVP Muve Music. “We developed an innovative product that included unlimited music in Cricket’s wireless offering. We targeted a customer segment that others are not focused on and designed a world class digital music experience, specifically architected for the mobile phone and wireless network delivery. This is a unique formula in the market today and our success through the first year of operation demonstrates that it’s working.”
Share
Tweet
Share
Pin
More