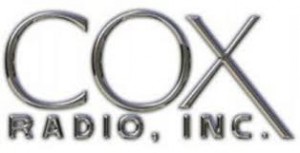 Valpak, a leader in local print and digital coupons, announced today the sale of its Valpak of Jacksonville franchise to Cox Radio, which owns five radio stations in the Jacksonville market. Cox Radio is owned by Cox Media Group (CMG), also the parent company of Valpak. Prior to the acquisition, Valpak’s Jacksonville franchise was corporate-owned.”The acquisition of Valpak of Jacksonville provides Cox Radio the perfect opportunity to cross-promote its business and extend the reach of its advertisers,” said Bill Hendrich, vice president and market manager for Cox Media Group.”Hendrich has worked with Cox Media Group for more than 16 years and currently handles all business and programming for the five radio stations in Jacksonville, including 95.1 WAPE, Rock 104.5, The Eagle 96.9, X102.9 and WOKV. He will help oversee and leverage the synergy between Cox Radio and Valpak of Jacksonville. In addition, Ken Harrivel, who has been the general manager of Valpak of Jacksonville since 2004, will continue to run the day-to-day operations of the franchise. Valpak of Jacksonville currently mails to 170,000 households, which consists of 17 mail zones mailing to 10,000 households each.”This is another example of how Valpak creates unique marketing synergies for advertisers that are unparalleled in the direct marketing industry. We are confident that this strategic partnership with a sister organization and their vast local market resources will not only prove beneficial for Valpak and Cox Radio, but for the Jacksonville business community as well, said Todd Leiser, Valpak’s director of franchise sales.A leader in cooperative direct mail, Valpak mails over 20 billion coupons to more than 40 million demographically-targeted households per month in more than 100 markets in 48 states and four Canadian provinces. Today, in addition to its flagship Blue Envelope ®, the brand offers its business customers an impressive portfolio of digital advertising products including Smartphone apps, which are also integrated into the new Passbook, Valpak Deals ®, QR codes, online coupons and SMS/text messaging to reach consumers at home and on-the-go.Ideal candidates for Valpak franchise ownership should possess a desire to join a trusted industry-leading brand, work within a proven franchise system, develop relationships with local businesses and have a comfort level with selling new, digital technologies.Valpak franchisees benefit from extensive training and support including more than 300 hours of classroom, in-field and online training. Additionally, the Valpak peer mentoring program pairs tenured Valpak franchisees with new franchisees for a two-year period. Valpak also handles all of the coupon design, printing, collation and postal logistics for its franchisees, allowing them to concentrate on selling branded direct marketing campaigns to customers within their exclusive territory.Since its launch in 1968, The Blue Envelope ® has been broadly recognized and trusted, which has contributed significantly to Valpak’s current success. Valpak’s state-of-the-art, 470,000-square-foot manufacturing center in St. Petersburg, FL, makes it possible for the company to mail to more than 500 million homes in North America. Valpak is also backed by experienced leadership with Cox Enterprises, one of the largest media companies in North America, which acquired the brand in 1991. Recently, Cox Target Media also acquired Savings.com, a leading online source for savings and personalized deals. Working together, Valpak and Savings.com will offer consumers a more extensive selection of offers and rewarding shopping experience as content is shared across platforms.

Kid Cudi Says the Money, Cash, Hoes Rap Is 'Holding Us Back as a culture'