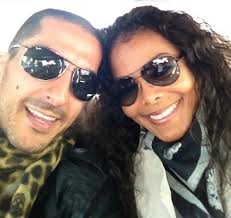 Penny is all grown up now and she has definitely taken Control of her life. Janet Jackson revealed a little secret yesterday when she confirmed that she has been married since last year.A representative for Jackson confirmed Monday that the musician and Wissam Al Mana wed last year.This is Jackson’s second secret marriage. She secretly married Rene Elizondo Jr. in 1991. They separated in 1999. The 46-year-old Jackson first tied the knot when she was 18 to singer James DeBarge, which lasted three months in 1984. In a joint statement to Entertainment Tonight, Jackson and Al Mana said their wedding was a “quiet, private and beautiful ceremony.” The couple also said they would like privacy and “are allowed this time for celebration and joy.”