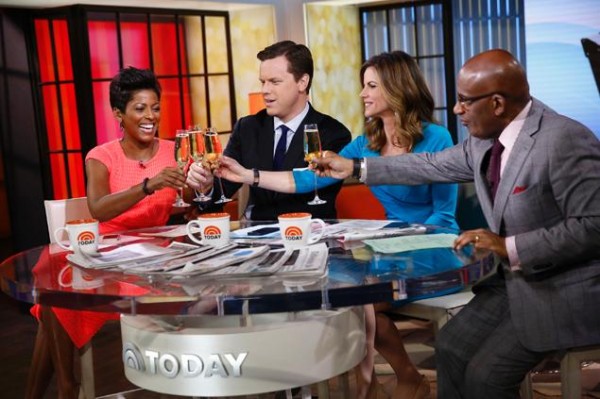 Monday Morning Tamron Hall made history when she became the first Black woman to co-anchor the Today show! Tamron Hall will co-host the 9 o’clock hour of the Today show with Natalie Morales, Al Roker and Willie Geist.Hall received her Bachelor of Arts in Broadcast Journalism from Temple University. Her first reporter position was as a general assignment reporter at KBTX in Bryan/College Station, Texas. She quickly moved to KTVT in Dallas, Texas. From 1997 to 2007, she worked for WFLD-TV in Chicago. As a former Chicago resident, she frequently reported on issues related to Chicago politics. She went on to host several shows for MSNBC and she is now holding down the co-anchor spot on the Today Show.Congratulations Tamron Hall!