Cox Media Group (“CMG”) today announced that programming veteran Jay Hicks has been named Assistant Director of Branding & Programming for Star 94.5 in Orlando.  Hicks will support day-to-day programming and the execution of marketing, promotions, events, and sales campaigns, in addition to locally hosting and producing The Rickey Smiley Morning Show. 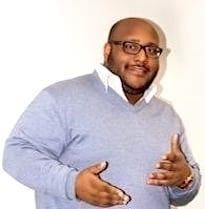 He continued his career as a brand manager in Buffalo, NY and later Washington, D.C. In his new role, he will be reporting to programming veteran Elroy Smith, Director of Branding & Programming, who was tapped for his CMG role late last year.

“Having Jay join CMG & STAR 94.5-Orlando is a major plus for us,” said Smith.  “He is strategic, methodical, creative, and competitive. Jay’s litany of radio and digital experience will be a major contribution to the growth of STAR 94.5. It is great to have another quality professional to be a part of our Orlando team.”

With experience and success in the #7, #12 and #57 radio markets in the world, Hicks has specialized in digital, social, mobile, terrestrial programming/content, and ROI Driven marketing campaigns for Urban, Urban AC, Classic Hip-Hop and Classic Rock music formats.

“We are thrilled to have Jay join the Orlando programming team,” added Steve Stewart, Director of Operations for CMG Orlando Radio. “With his experience, both on air and behind the scenes, STAR 94.5 is positioned for big and exciting moves in 2022!”

“It is such a pleasure to join the Cox Media Group team in Orlando,” noted Hicks.  “I’m very excited to create world-class on-air and digital content, as well events, that serve our Orlando listeners.”

PRS for Music appoints Laura Mvula to its Member Council

Article: Where Are the Senior Black Executives in the Music Industry?

Black Teen Gets Concussion, Lands in Coma, Wakes up only Speaking...

The Steve Harvey Morning Show Discusses a Woman Who is Willing...

Ebro in the Morning Talks to Idris Elba and Will Packer...

Black Teen Gets Concussion, Lands in Coma, Wakes up only Speaking Fluent Spanish, Shocks Everyone (video)

Ebro in the Morning Talks to Idris Elba and Will Packer About the Evolution of Their Careers, Being Black in the Movie Industry, “Beast,”...