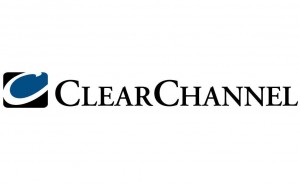 Western states love their smartphones: In what will likely come as a surprise to the fast-paced, connected population on the East Coast, respondents from Western states were more likely to have a smartphone (56%) than those in the Northeast (46%) and the Midwest (42%).

Women have more electronics: When it comes to smartphones and tablets, women are actually more likely than men to own these gadgets “” 52% of women have smartphones vs. 43% of men; and 31% of women have a tablet or e-reader compared to 25% of men.

Consumers want their gadgets close by “” day and night: Only one in ten consumers (11%) think it is “no big deal” if they accidentally leave their smartphone at home for the day. A large majority (78%) keep their smartphones in the bedroom at night, with 60% keeping their phones within arm’s reach on the nightstand.

Does constant connection come with a price? Though almost 70% of smartphone owners feel “connected” most or all of the time, they are split on the benefits, with 51% saying they “love it” and 49% saying it “has its pluses and minuses.”

Music is the ultimate “mood-enhancer”: Two out of three consumers choose to turn on music (59%) rather than TV (39%) when they are looking to change their mood.

“Consumers continue to change rapidly and surprise us. Preconceptions about men and women, young and old, are always tested,” said Radha Subramanyam, Executive Vice President of Insights & Analytics, Clear Channel Media & Entertainment. “This research helps sketch out a picture of how Americans spend their time ““ and what their priorities are.”

Other findings include:
More than 70% of those who stream live radio on their smartphones have streamed a live radio station from a different locale than where they live.

Smartphones are a constant “accessory” and almost half of consumers (45%) use their smartphone cover or case to reflect their tastes or personality.

Regarding other accessories, when using headphones, two in every three listeners still prefer earbuds to the over-the-ear headsets.