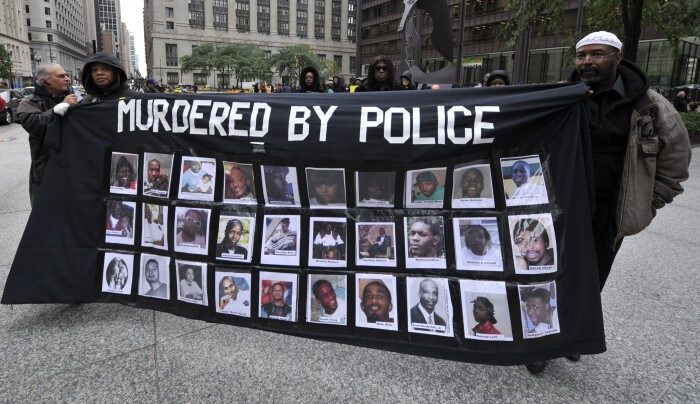 A coalition of 11 progressive and civil rights organization including ColorofChange.org, Democracy for America, MomsRising, Daily Kos and many more are set to deliver 120,000 signatures to the White House, Department of Justice, Department of Defense and Department of Homeland Security demanding concrete reforms to address the nationwide policing crisis in our country. These demands were developed in coordination with local organizations working to end discriminatory and abusive policing, academics, as well as policing and legal experts. The delivery also stands in solidarity with various actions happening across the country today on the National Day Against Police Brutality.Reforms include an executive order from President Obama with a strong and enforceable ban on police brutality and discrimination, DOJ investigations of biased and violent policing in every state of the country, a comprehensive database on police killings and use of force, with privacy protections and deportation immunity, and the defunding of federal programs that incentive militarized and abusive policing.The coalition continues to demand full accountability and justice for the police killing of Mike Brown, Eric Garner, Ramarley Graham, and so many others across the country. They are calling on President Obama and the federal agencies to take definite action to address the national epidemic of discriminatory and violent policing.