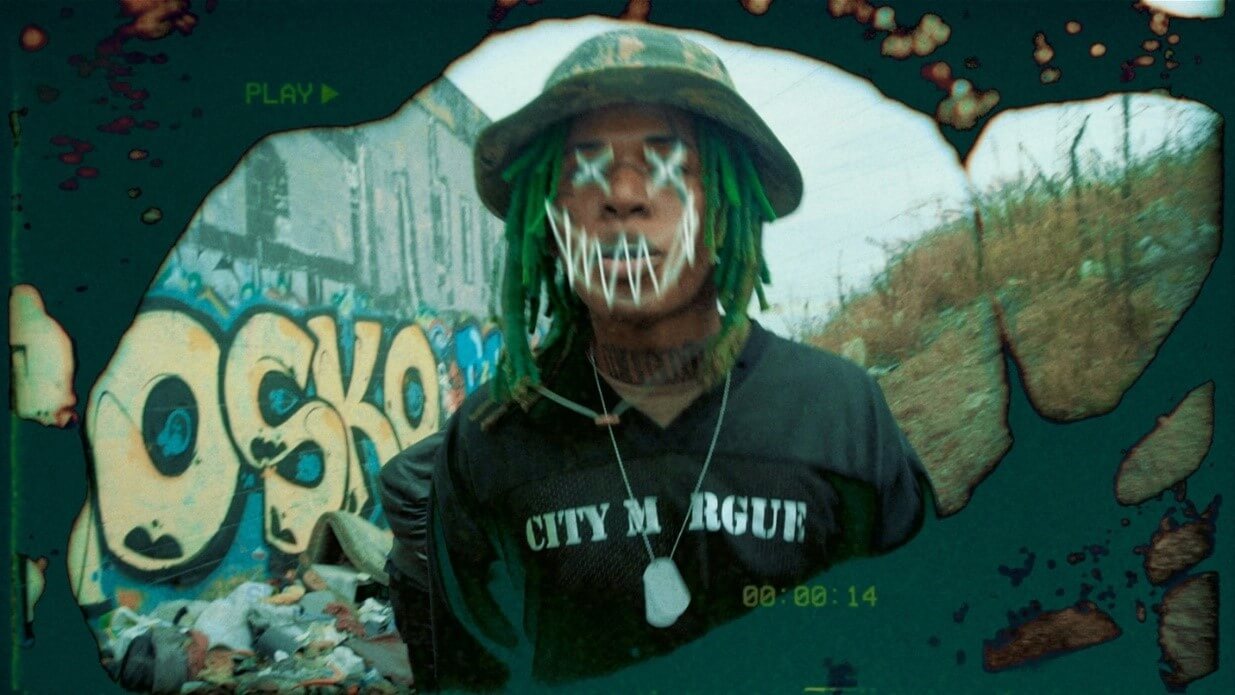 Standing on his infectious rock melodies, ZillaKami of Hikari-Ultra/Republic Records duo City Morgue releases a video for “ACAB” feat. Nascar Aloe. The song is a highlight from CITY MORGUE VOL 2: AS GOOD AS DEAD DELUXE.Watch “ACAB” feat Nascar Aloe: HEREIn the graphic video, ZillaKami explores desolate trenches joined by Nascar Aloe. Channeling all of their punk energy, the guys chant “ACAB” as they flaunt their provocative Rockstar lifestyle filled with raging concerts and mobbing through the streets with friends. “ACAB” feat. Nascar Aloe is a new cut from City Morgue’s Deluxe album, which was released on 5/15 and is the #2 most played rock song on SoundCloud following the duo’s #1 Rock drop on the platform, “THE FALL BEFORE THE GIVE UP” feat. Clever.This release follows the video for “THE FALL BEFORE THE GIVE UP” feat. Clever, which debuted on YouTube last week and has over 200k. Executive produced by the legendary Mike Dean, the original album CITY MORGUE VOL 2: AS GOOD AS DEAD had immense success with over 70 million streams becoming the #1 rock album upon release, debuting at number one on the Billboard Top Rock Albums Chart and in the top 20 on the Billboard Top 200 Albums Chart.The melding of Rock and Rap is a concept that’s existed within the underbelly of music for decades, yet few have done what City Morgue is doing. When upstarts SosMula and ZillaKami come together, their fusion is seamless—oozing true skill with a reckless lack of fucks left to give. On the supergroup’s debut mixtape City Morgue Vol. 1: Hell or High Water, the dynamic duo delivered a new and exciting vibe for any fan of true music—from hip-hop to metal and continued this movement on their second album CITY MORGUE VOL 2: AS GOOD AS DEAD. Their music is an experience anyone can appreciate and shows what happens when two worlds meet to form an entirely new planet. The Hikari-Ultra/Republic Records signees have already shown a significant track record of hits in a relatively short amount of time, and it won’t stop there. The duo also dominates the merch scene, with countless sold out exclusive collections. The duo teamed up with famed illustrator Mark Riddick and creative director Joe Perez for merch that sold out in 24 hours. Additionally, they partnered with Bravado for merch that sold out in three days and also collaborated with A$AP Bari’s VLONE to create t-shirts, sweatshirts, bandanas and more that sold out in 72 hours.