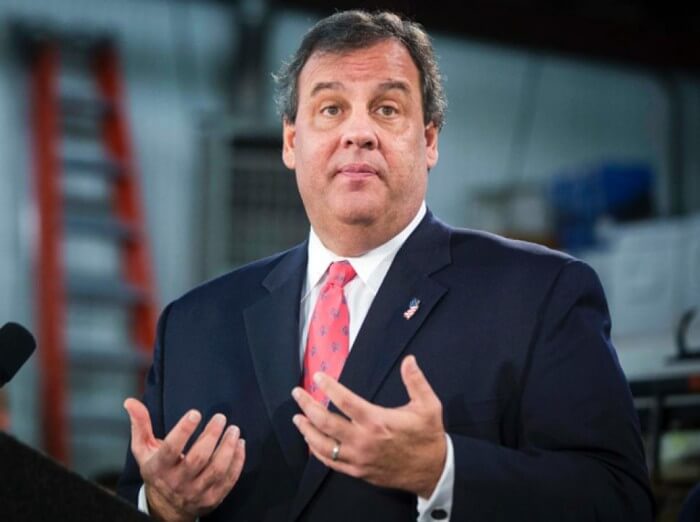 Yesterday callously told a Chamber of Commerce crowd that, “I’m tired of hearing about the minimum wage. I really am.”
But Christie’s not alone in his position on the minimum wage. Republicans across the country, from Congressional Republicans to Governors oppose raising the minimum wage. Here are a few example:
Below please find a roundup of coverage of Christie’s minimum wage comments:
Chris Christie: “I’m tired of hearing about the minimum wage”CBS NEWS // REBECCA KAPLANThe Democratic National Committee was quick to pick up on the statement, mocking Christie for his words.”That’s right. The 4th highest paid governor in America – at $175,000 a year – said that,” the group wrote in an email.They noted that in January 2013, Christie vetoed legislation passed by the Democrat-controlled state legislature that would have increased the minimum wage in New Jersey from $7.25 to $8.50 an hour. At the time, Christie argued it would “jeopardize the economic recovery we all seek.”In November, when New Jersey voters elected Christie for a second term, 60 percent also voted to approve a ballot measure to raise the minimum wage to $8.25 an hour.
Why Chris Christie can’t dodge discussion of the minimum wage
WASHINGTON POST // MAX EHRENFREUND
Christie repeated a common critique of the minimum wage — that is only is earned by kids on summer or weekend jobs — but the truth is quite different. About half of workers earning minimum wage in this country are at least 25, according to the Bureau of Labor Statistics. About 4.5 million parents are raising children on a wage less than $10.10 per hour (sometimes proposed as a new minimum), writes Ben Casselman. In his remarks, Christie argued that what Americans want is economic growth — not an increase in the minimum wage. But, of course, the two aren’t mutually exclusive. While raising the minimum wage may have a moderate impact on employment, it also puts money in the hands of people who are most likely to spend it.
Christie Hits Democrats on Minimum WageWALL STREET JOURNAL // REID J. EPSTEIN & HEATHER HADDONMr. Christie has spoken out against raising the minimum wage in the past, saying in May that he believes “making those type of extreme moves in one fell swoop is not good for the economy.”Last year, Mr. Christie vetoed a bill passed by the Democratic-controlled Legislature to increase the hourly minimum wage to $8.50 from $7.25 with annual adjustments for inflation.Christie Offers
Democrats A Killer Soundbite on Minimum WageTIME // ZEKE J. MILLERThe moment was not unlike Mitt Romney’s 2012 line that “I like being able to fire people” when they do poor work—a tenet of the free market, but an statement that played into the insensitive rich guy narrative Democrats and his GOP primary opponents had already invested millions in developing.
Chris Christie ‘tired’ of hearing about minimum wageMARKET WATCH // ROBERT SCHROEDERThe remarks, predictably, earned Christie plenty of scorn on Twitter. But they shouldn’t have been a surprise. Christie vetoed a bill in 2013 that raised the state’s minimum wage to $8.50 an hour, which was “too much, too soon,” in his words. The federal minimum wage is $7.25 an hour. New Jersey voters later approved a ballot initiative raising the state’s minimum wage to $8.25 an hour. That rate took effect in January.Chris Christie says he’s ‘tired’ of minimum wage talk; Obama, Dems focus on it as midterm voter baitNJ.COM // CLAUDE BRODESSER-AKNERIn an interview with New Jersey Advance Media, New Jersey State Senate President Stephen Sweeney (D-Gloucester) reacted to Christie’s comments with scorn.”This is a group of people that he doesn’t care about,” said Sweeney, “The only group that’s done better since he’s been governor has been the millionaires in this state.”Sweeney said the power of any minimum wage increase was that its effect on the economy was immediate.”Pay people more on the bottom scale, and they’ll spend it,” said Sweeney, “As soon as they get it, it goes right back into the economy.
Chris Christie: ‘I’m tired of hearing about minimum wage’WASHINGTON TIMES // JENNIFER POMPIA federal minimum wage hike is one of the first planks in the Democrats’ platform this election cycle, with President Obama in February signing an executive

Warren and Sanders Spar on Gender Issues at Iowa Debate

The U.S. Spends $2,500 Per Person on Health Care Administrative Costs

Finally, new polls have arrrived and things are inconclusive

How Millennial Leaders Will Change The World