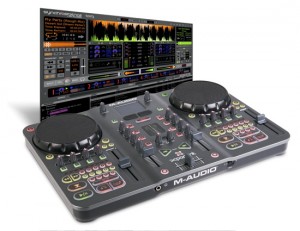 Last Night A DJ Saved My Life
CENTRIC Puts A New Spin on Reality Television with an Original Competition Series
CENTRIC Searches the Nightlife Scene to Crown the Best DJ in ‘Master of the Mix’ Premiering on November 3rd at 10:30 PM*

CENTRIC and SMIRNOFF ® will call for a mic check with the new original competition series MASTER OF THE MIX. Hosted by award-winning producer Just Blaze, the show takes the world’s most popular DJs and challenges them to compete for the title of MASTER OF THE MIX, take home $250,000 in cash and prizes, including a custom-made SMIRNOFF bottle. Kid Capri, who deejayed for Russell Simmons’ DEF COMEDY JAM and has produced sessions for Heavy D, Boogie Down Productions and Quincy Jones, heads up the judging booth. Hip hop legend Biz Markie will make several guest appearances to guide the DJs throughout the season in addition to other music heavyweights.

“MASTER OF THE MIX has the perfect recipe of fresh and original content for our audience and puts a new spin on the reality competition genre,” stated Paxton Baker, CENTRIC’s General Manager and Executive Vice President. “Our viewers love music, urban lifestyle, the culture surrounding it, and this type of show will appeal to their interests.”

“We are thrilled to partner with SMIRNOFF to present MASTER OF THE MIX,” said Alvin Bowles, BET Networks’ SVP of Brand Solutions. “This show takes our relationship with this brand to the next level, and allows us to be even more innovative and creative in the brand ed entertainment category.”

Just Blaze is a world-renowned producer and CEO of Fort Knocks Entertainment, producing records for a variety of artists including Jay-Z, Memphis Bleek, and Freeway. He has produced chart-topping singles including “Show Me What You Got” by Jay-Z and “Touch the Sky” by Kanye West. The MASTER OF THE MIX cast competing for the ultimate DJ title includes:

* DJ Jazzy Joyce, the only female in the Funkmaster Flex elite DJ Crew
* DJ Mars, the DJ for Keri Hilson, Monica, Kelis, and Ne-Yo and founder of World Famous Super Friends
* DJ Rap, also known as the Queen of the Turntables and first lady of Drum ‘n’ Bass, who has over two million in cumulative worldwide sales to her name
* DJ Revolution, resident DJ for “The Wakeup Show” with Sway and King Tech and owner and operator of the Millennia Music label
* Rich Medina, host of Jump N Funk at the prestigious Martinez Gallery and DJ at Little Ricky’s Rib Shack
* DJ Scratch, the official DJ on Erick Sermon and PMD’s second album “Unfinished Business,” who has produced for Busta Rhymes and Flipmode Squad, 50 Cent, LL Cool J, DMX, and Q-Tip
* DJ Vikter Duplaix, an Emmy-nominated DJ who has released several solo records and has appeared on the releases of Erykah Badu, Jazzanova, and Jamiroquai
MASTER OF THE MIX is created by SMIRNOFF and produced by GTM. Ben Silverman also acts as Executive Producer using his newly formed Electus as production company. BET/Centric also act as Executive Producers.

*All times are ET/PT.