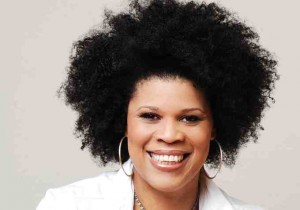 The 2013 Hollywood Black Film Festival and Twinkie’s Monologue Slam is looking to give actors the chance to get in front of the entertainment industry’s top casting directors, agents, producers, and celebrity judges to showcase their talents. The Monologue Slam which is described as an uninterrupted speech by one actor in a play or movie, or as part of a theatrical or broadcast program, will take place Saturday, October 5th, 6:00pm at the W Hotel, 6250 Hollywood Boulevard; Hollywood, CA during the 4-day film festival.”Twinkie”, as she is affectionately known by many felt that it was important to highlight the competition as a monologue as opposed to a scene. A monologue forces the actor to dig deep into the characters and tell the story from a more compelling nature. She enjoys the fact that the actor only has themselves to depend on. “They cannot blame anyone else but themselves for any mishaps” she stated. She also feels that it is very important that actors know their type. What she means by knowing “your type” is being aware when using your characteristics, what it looks or seems like you would do for a living or can naturally portray (i.e. Doctor, Lawyer, Leading Lady, Leading Man, Detective, Police Officer, Nurse, Teacher etc). “You have no idea how many people come into my castings auditioning for characters that they can in no way make believable.” Stated Twinkie. “It is extremely important to know your type!!” She emphasizes.This is the second year of conception for Twinkie Byrd’s Monologue Slam which this year has adopted a new format due the huge response and participation of last year’s event. Twinkie describes it as a spectacle of sorts. She is known for her larger than life personality and she has crafted the monologue slam to reflect just that.Those interested in taking part in the competition, which has a submission deadline of July 31, 2013, should visit the Hollywood Black Film Festivals website submission page and learn more about the requirements and rules for participation. 10 finalists will be selected, from all of the entries received, to perform their monologues live at the 2013 Hollywood Black Film FestivalA brief summary of what to expect is a $30 entry fee, a two minute or less video submission of a monologue from a film that is “your type” and the ability to upload the video to www.withoutabox.com. More information can be found and submissions can be made at www.HBFF.org.