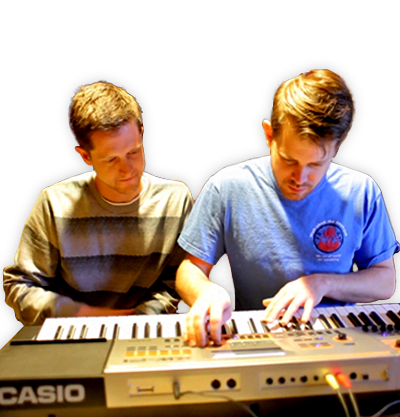 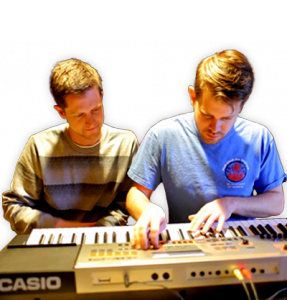 Casio America, Inc., a worldwide leader in the manufacture of electronic musical instruments, continues to keep the hopes and dreams alive for aspiring musicians by expanding its Music Artist program.

Casio’s artist program was developed to foster the growth of young artists across all music platforms, helping them to achieve their goals.

“Our Music Artist program identifies passionate, talented musicians from a variety of genres seeking to go beyond sound and make a place for themselves in the music world,” said Stephen Schmidt, Vice President of the Electronic Musical Instruments Division for Casio America, Inc.

“We are excited to expand our current roster of young artists and look forward to developing long-lasting relationships that set these musicians up for success.” As part of its mission, Casio has provided the gift of music to many young artists in the form of innovative, digital instruments.

Los Angeles based rock band Fallen Riviera, one of Casio’s first artists in the Music Artist program, has launched their debut full-length album entitled “Another World”. A couple of singles from the album, “Somebody Take Me” and “Those Times Are Gone” were produced by legendary Beatles producer Ken Scott, and are now playing on radio stations across the country.

Equally influenced by artists such as Johnny Cash and Crystal Castles, Leffler and Cepada started off using a single acoustic guitar, which was then slowly replaced with production and a synthesizer. They transformed early folk demos into songs that span genres from pop, electronic, new wave and Americana. Not long after they began recording, they met Jerrod Bettis and began playing live as a trio.

“Casio’s XW-G1 performance synthesizer allows us to sle our own sounds, which is great for live shows. It enables us to use the exact sounds from our recordings when we perform,” says Jamie Leffler, lead vocalist of DWNTWN. DWNTWN’s songs “See My Eyes” and “Move Me,” collaborations with Jhameel and Giraffage, were selected to be in two separate album compilations by the French label, Kitsune.

With a talent for breaking new tracks and genres of dance music, Devro is responsible for signing hits like “Harlem Shake” and “Ima Read” as well as putting out his own hit tunes. Derek’DJA’ Allen, a Louisville native, began making music as a teenager, eventually relocating to Philadelphia where he began working with Diplo and Mad Decent as a producer and engineer.

As part of the Mad Decent crew and one of Diplo’s co-producers, he co-wrote Major Lazer’s “Lazer Theme” and “Come On” with Diplo and Tiesto.Laura Clapp DavidsonLaura Clapp Davidson is a young artist living in Ohio whose voice has taken her all over the world as a backup vocalist for 80’s Synth legend Howard Jones.

As a demonstrator for the Victoria-based TC-Helicon, Laura Clapp Davidson has been featured on several YouTube videos, with over 450,000 views to date. Laura Clapp Davidson currently has three songs produced by UK producer Robbie Bronnimann, which were completed in a trans-Atlantic collaboration between Robbie’s UK studio and Clapp Davidson’s Ohio studio.

Gifted with a Casio Privia digital piano, Laura Clapp Davidson says, “Since my Privia came into my life, I can’t perform without it. Whether I’m onstage or in the studio, it’s always ready and willing to give me great sounds without breaking my back.”