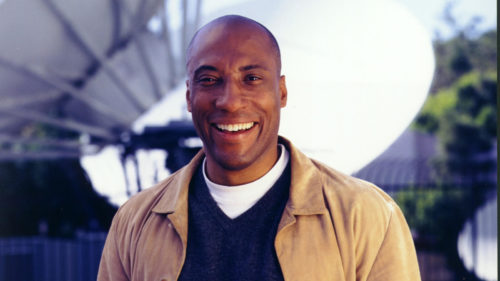 “We are excited to have TheGrio join Byron Allen’s ever-expanding Entertainment Studios media empire,” saysDavid A. Wilson, Co-Founder and Executive Editor of TheGrio. “Byron shares our vision of growing TheGrio into the leading video content creator and distribution platform for African-Americans. We look forward to developing the next iteration of TheGrio, and the fact that it will remain 100 percent African American-owned is very significant.”

“David Wilson and his founding partner Dan Woolsey have done an incredible job these past 7 years building TheGrio, and we are one thousand percent committed to continue expanding this digital news community’s reach across all global media platforms, including our broadcast television syndication programs, cable television networks, and motion picture division,” said Byron Allen, Founder, Chairman, and CEO of Entertainment Studios. “We plan on investing heavily in digital publishing, and TheGrio has an excellent management team, making it the perfect asset to start our portfolio of online publishing.”

TheGrio is a digital video-centric news community platform devoted to providing African-Americans with compelling stories and perspectives currently underrepresented in existing national news outlets. TheGrio features aggregated and original video packages, news articles, and blogs on topics that include breaking news, politics, health, business, and entertainment. Originally launched in 2009, the platform was then purchased by NBC News in 2010. TheGrio eventually became a news division for MSNBC in 2013. In 2014, TheGrio founders purchased their company back from NBC News and has since tripled its traffic rate. The digital platform remains focused on curating exciting digital content and currently has more than 20 million annual visitors. For more information, visit: www.TheGrio.com