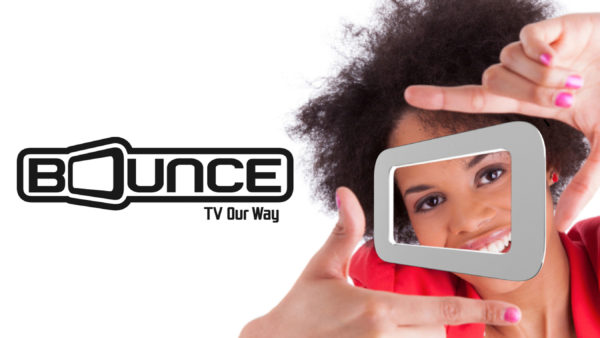 Bounce TV viewership continued to soar in 2015 as the nation’s first-and-only broadcast television network for African Americans (AA) posted the most-watched year in its history while remaining the fastest-growing AA network on television.
In Primetime viewership for the year, Bounce TV racked up tremendous gains in Households and targeted sales demos with increases of +23% among HHs (155K), +24% among Persons 18-49 (98K) and +22% in P25-54 (109K). On a Total Day basis, Bounce TV ended the year up +22% (145K) in HHs compared to 2014, while also posting gains of +10% in P18-49 (76K) and +6% in P25-54 (83K).
Bounce TV finished 2015 as the fastest-growing African-American network on television in P18-34, P18-49 and P25-54 ahead of bet and TV One. Bounce TV outpaced both networks in growth in multiple dayparts, led by Primetime increases of +26% in P18-34, +24% in P18-49 and +22% P25-54.
2015 saw Bounce TV catch up to bet in viewership, beating them multiple times across multiple demos and dayparts. In December alone, Bounce TV beat bet more than 30 times in key demographic delivery: Total Day: P25-54 (11X), P18-34 (2X), P18-49 (4X), P2+ (5X) and Prime: P25-54 (6X), P18-34 (2X), P18-49 (4X), P2+ (4X). Bounce TV passed TV One in viewership in 2014 and now consistently doubles and triples their delivery.
Bounce TV also expanded its original series production in 2015 and the sitcoms Mann & Wife (First Season), In The Cut (First Season) and Family Time (Third Season) all set network records for viewership.
Bounce TV is the fastest-growing African-American (AA) network on television and airs on the broadcast signals of local television Radio Station s and corresponding cable carriage. The network features a programming mix of original and off-network series, theatrical motion pictures, specials, live sports and more. Bounce TV has grown to be available in more than 93.5 million homes across the United States and 93% of all African American television homes, including all of the top AA television markets. Among the founders of Bounce TV are iconic American figures Martin Luther King, III and Ambassador Andrew Young.