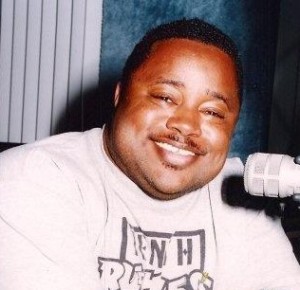 We're a little more than six months away from another potential historical moment. The possible re-election of the nation's 1st African-American President. In 2008 I know of a certain radio company that wouldn't allow ANY of its radio personalities to endorse or promote any candidate for President. The only thing they were allowed to do was promote registering to vote as well as getting out and voting on Election Day. The company didn't want their personalities to show their bias towards a particular candidate. WHAT A LOAD OF HORSECRAP!!!! First of all”¦there is no bias in the news world anymore. FoxNews leans right and MSNBC leans left. CNN attempts to stay neutral and loses mightily to FoxNews and MSNBC because of it. If viewers have no problem with TV analysts/anchors taking a stand then why not radio personalities“¦specifically Urban Radio personalities. Now I am making an educated guess on this but I'd be willing to make a $10,000 bet (ala Mitt Romney) that 90 percent of Urban Radio listeners are democrats or vote democratic. It could be more or it could be less. My point is would Urban Radio listeners be pissed off because an Urban Radio personality said “make history & vote for Obama?”

Back when I worked for Cumulus in 2008 I was the program director/afternoon personality for WMXU(MIX 106.1) in Columbus, MS. Not only did I have my station perform a summer long voter registration drive but you may as well have called my station OBAMA 106.1! I promoted the hell outta Obama and was not gonna sit on the sidelines while the 1st legitimate African-American was running for the highest office in the land. I couldn't do it. Almost four years later every Republican, Tea Bagger and KKKlansman want President Obama BEYOND out of office. There isn't a day that goes by where some “patriot” or “AmeriKKKan” isn't showing their vitriol for our Commander In Chief. Other Democratic Presidents before Mr. Obama have philosophical differences with the out-of-office party. Yet the attacks on President Obama have always been extremely personal and disrespectful and have nothing to do with philosophical or political differences. It is, pure and simply, a FEAR OF A BLACK PRESIDENT! No one had any problems with how THE W ran the White House for eight years but Obama's every move is scrutinized and micro-criticized. Is Urban Radio allowed to defend Obama if it weren't allowed to promote him when he ran? If the listeners bring up their displeasure with how President Obama is treated is that good enough to make the airwaves? With an African-American and his 1st lady in the White House how important is the appearance of a smart, beautiful and positive African-American couple residing at 1600 Pennsylvania Avenue? SHOULD Urban Radio be celebrating this?

In 2008 then-Senator Obama said to a thunderous crowd when he knew he was going to be the 1st African-American Democratic Presidential Nominee, “America”¦THIS IS OUR MOMENT!” I want Urban Radio to stop missing its moment and WAKE UP!!! When an Urban Radio station calls itself The People's Station or The Community Leader I want those words to be true & mean something. I know it is difficult since programming and talent have been let go because of lack of not enough profit and revenue with some radio companies!!! The programmers and air-talent still around are the last bastion of hope for our communities, our stations and our legacies. WE in Urban Radio HAVE to be concerned and care. Who else will? If we don't get angry and yell whenever an Emmett Till gets lynched or a James Byrd, Jr. gets dragged to his death or a Trayvon Martin gets gunned down for carrying his suspicious looking ice tea & Skittles then who will? When you attack President Obama not because of his policies but because you think he's a Socialist (which is your lovely code word for THE “N” WORD), worry that his wife is “always angry” or just need 101% proof that his birth certificate is legit then you basically are saying that this educated, intelligent, well read, loving husband and father of two daughters is nothing more than an UPPIDY NIGRAHHH! And if that is your belief”¦fine. This is where Urban Radio steps in to refute every one of those claims and to keep on doing it for as long as it takes. Urban Radio should be dictating to the mainstream media where the good stories are and not the other way around. Urban Radio is supposed to be the voice of the people and their communities. The time to be that is NOW. It's time for Urban Radio to wipe its broadcasting drool from around its mouth and (in the words of Laurence Fishburne's character Dap in the movie School Daze) WAAAAKKKKKKKKKEEEEEEE UUUUUUPPPP!!!

Bobby Holiday is an outspoken and talented radio veteran who has a great deal of thought-provoking commentary to share with the radio and music industry. We invite any agreeing or opposing comments or editorials from other radio or music industry professionals. We'd  like to state the opinions stated here or any other Guest Editorials are independent from the owners or staff of Radiofacts.com.