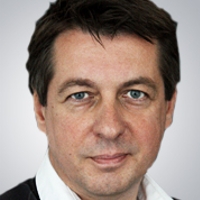 BMG, the new model music rights management business, has appointed Fred Casimir to run its recordings business worldwide as Executive Vice President International Repertoire.Casimir will have responsibility for both new recordings released through BMG Artist Services and for BMG’s substantial catalogue recordings business, including the Sanctuary and Mute Records catalogues.BMG CEO Hartwig Masuch said, “Developing our recordings business is a key strategic area for BMG. Fred has strongly contributed to the expansion of BMG’s business and to the development of BMG Artist Services. I am delighted that Fred is to take on worldwide responsibility for recordings.”BMG, founded in 2008, is unique among major music companies in housing both music publishing and recording rights under the same roof. In contrast to other major companies, BMG’s local teams are able to negotiate both publishing and recording deals, and remain the main contact point for all international projects.Fred Casimir, formerly SVP European Repertoire and Managing Director BMG Germany, joined BMG in June 2009. Previously Casimir held positions at Fremantle Media Entertainment, Fremantle Licensing Germany, Mercury Records, EMI Electrola and worked as an independent music manager.