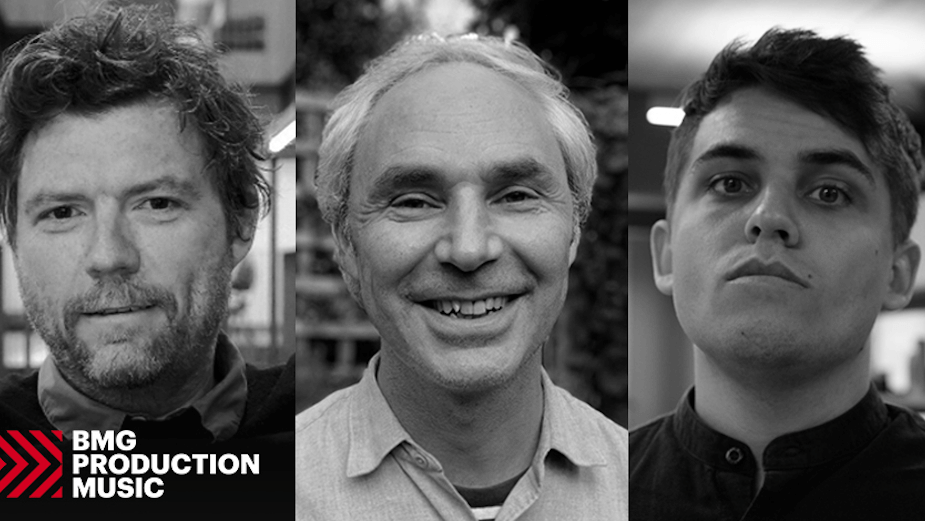 BMG Production Music (BMGPM) – the world’s fastest-growing production music company, servicing the film, broadcast, games and advertising industries – has announced a number of changes as part of its continued commitment to bolstering its international business. These include several internal promotions to its senior global management team, launching an internal creative agency in the UK and, following a significant reorganisation of the company’s US team and human resource, strengthening of its specialist trailer division and expansion of its East Coast sales division.

Within the BMGPM team based at its London HQ, Scott Doran, Caspar Kedros and Sam Delves are promoted to senior global creative roles in licensing, content and marketing, respectively. Effective immediately, all three roles will report to EVP & Global Managing Director, John Clifford.

As SVP Global Creative Licensing, Scott Doran adds leadership and management of the BMGPM sales team in the US and Canada to his continued responsibilities in the UK. He will also work with Clifford on growing the BMGPM business, seeking out new global client partnerships with broadcasters, digital services and brands.

At the same time, Caspar Kedros steps into the position of SVP Global Creative Content, responsible for implementing the BMGPM global content strategy, including all global production and ongoing third-party label representation deals. All music production staff around the world will report to Kedros as label owners for BMGPM’s respective owned brands in the UK, US, France, Germany, Netherlands and Australia, including Altitude, Deep East Music, Selectracks, Immediate Music and AXS.

In parallel, Sam Delves takes up an expanded role as Senior Director Global Creative Marketing, heading up a newly-created internal multi-disciplinary creative agency team that will serve the wide-ranging marketing needs of all BMGPM sales teams and territories around the world.

Following Doran’s new role to lead US sales and a significant structural reorganisation, Amberly Crouse-Knox (reporting to Doran) and Ali Pistoresi (reporting to Kedros) will step into open positions at BMGPM in Los Angeles as senior creative directors working on licensing and production respectively. While both hires will attend to the company’s specialist trailer segment, Crouse-Knox will also provide Doran with significant day-to-day management support of the US sales team. Additionally, the reorganisation sees BMGPM expand its East Coast sales team based in New York to enhance its services to its global media clients such as ITV, Netflix and others.

John Clifford, EVP & Global Managing Director at BMGPM said: “Attracting and promoting top executive and creative talent to BMGPM is key in our ongoing mission of enhancing the company’s world-class service to our media partners. These moves represent a significant step for BMGPM towards a more integrated international structure and our one team, one catalogue, one BMG approach to the business.”