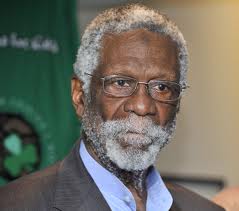 The man that has won more NBA titles than anyone, Bill Russell was arrested this week at Seattle-Tacoma International Airport after a loaded gun was found in his carry-on luggage.The TSA on site says airport police arrested Bill Russell on Wednesday night at a security screening after agents noticed a 38-caliber Smith & Wesson gun was in his carry-on bag.The NBA legend was turned over to Port of Seattle police and was charge with having a loaded weapon in a restricted area according to TSA spokesperson, Lori Dankers. Airline passengers are permitted to travel with a firearm only in checked baggage as long as it is stored properly and unloaded.Bill Russell has been living in the Seattle area for years and he has already been released.