“Reiter Than You” Launches Monday, August 31 On Air and on RADIO.COM 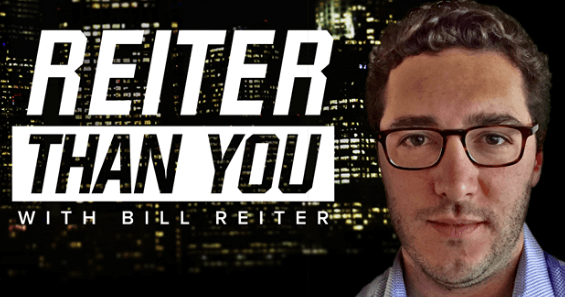 CUMULUS MEDIA’s Westwood One and Entercom, a leading media and entertainment company, today announced Bill Reiter’s return to CBS Sports Radio on Monday, August 31, 2020. He will host “Reiter Than You” every weekday from 10 a.m. – 12 p.m. ET.

“‘Reiter Than You’ is back and we couldn’t be happier,” said Mark Chernoff, Senior Vice President, Entercom New York and CBS Sports Radio. “Bill’s insights, opinions and observations are emblematic of the premier content that CBS Sports Radio offers loyal sports fans.”

CBS Sports Radio delivers around-the-clock national sports coverage to more than 300 stations across the country, providing original programming that features commentary from national opinion leaders, expert sports analysis, interviews with major sports figures along with listener calls and fan interaction. It is produced by Entercom and distributed by Westwood One. “Reiter Than You” and the entire CBS Sports Radio lineup is available on RADIO.COM.

Bill Reiter is a writer and sports personality for CBS SportsHQ. He hosts “Reiter Than You,” CBS Sports’ first live, primetime digital television show, and is a national columnist for CBSSports.com. Before emerging as a well-known national sports columnist and television personality, Reiter was a Miami Heat beat columnist during LeBron’s James’ first season with the Heat. Reiter began his career in newspapers, writing for the Kansas City Star, Des Moines Register, Arkansas Democrat-Gazette and Chicago Tribune. Reiter’s coverage has focused on a wide range of sports and topics, including the NBA, the NFL, Major League Baseball, UFC, the London Olympics, Super Bowls, feature writing and more. He graduated from the Missouri School of Journalism in 2000.