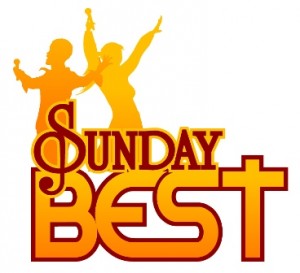 BET’S GOSPEL SINGING COMPETITION SUNDAY BEST IS BACK BY POPULAR DEMAND Season four of SUNDAY BEST to VisitDallas, Los Angeles and Atlanta in Search of the Next Gospel Super Star BET’s hit singing competition  SUNDAY BEST returns for a fourth season of hand-clapping and soul-stirring gospel singing as contestants will vie for the title of  SUNDAY BEST. Hosted by gospel legendKirk Franklin, this season welcomes back judges  Pastor Donnie McClurkin and award-winning siblings  Erica and  Tina Campbell of  Mary Mary.Thousands of hopefuls showed up in Dallas where auditions kicked off February 19.  Next, hopefuls in Los Angeles will have their chance to shine at  West Angeles Cathedral  on March 5.  Auditions conclude in Atlanta on March 12.  SUNDAY BEST season four auditions will be open to contestants age 18 and older who have government issued forms of identification.  Doors to the venue will open at 7:00 a.m.  and will close at 1:00 p.m.SUNDAY BEST season four will tape the stage portion of the show in Atlanta.2011 SUNDAY BEST AUDITION INFORMATION FOR LOS ANGELES: LOS ANGELESWhen: March 5, 7 a.m. ““ 1 p.m.Where: West Angeles Cathedral3600 Crenshaw Blvd.Los Angeles, CA 90016