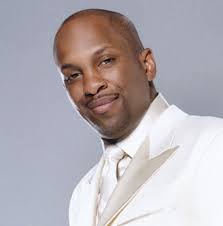 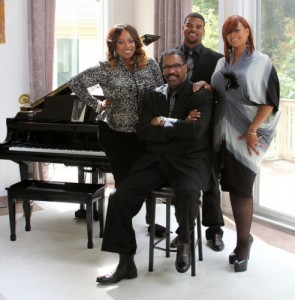 The new docu-drama profiling the mega-popular Detroit based gospel super star family THE SHEARDS will debut at 10:00 P.M. ET/PT after the premiere of CELEBRATION OF GOSPEL. Gospel icon Karen Clark Sheard, part of the legendary Clark Sisters, her husband Bishop J. Drew, a mega church pastor in the Motor City and their children, Stellar Award winner and Grammy-nominated gospel songstress Kierra Sheard and producer J. Drew Sheard, star in the hour long series. Told through the eyes of Kierra and J. Drew, we will follow them as they navigate family, friends, and faith in a secular world.The explosive first season takes us on a drama filled ride as Kierra Sheard begins to break out of her family’s shadow and looks to find more mainstream success with her own unique voice. Facing the difficulty of choosing between working with her brother, who she’s collaborated with on all her previous albums, and experimenting with new producers to achieve a new sound, Kierra also struggles with juggling her new found independence with family, losing weight and love.J. Drew is focused on being the next big hit-making secular producer which goes directly against his family’s wishes. Growing up in the church, his great grandfather, grandfather and father all became bishops. Bishop J. Drew wants his son to be the next in line to take the pulpit and won’t hear otherwise. J. Drew also has baby mama drama with Shantel, the mother of his two year old son. She wants to have a relationship with him beyond their son, but J. Drew wants to enjoy single life and focus solely on co-parenting.Karen Clark Sheard is balancing being a preacher’s wife, gospel superstar and doting mother, while Bishop J. Drew is preparing to run for a higher office within his International Church of God in Christ denomination. However the Bishop’s new position could bring even more restrictions on the family unit, especially as Kierra and J. Drew extend their social circles and look to branch out beyond the gospel world career wise. Will the children find secular mainstream success or will the church prevail?Meet the familyKierra SheardAt only 24, Kierra has experienced amazing commercial success in the gospel world – releasing her own albums and appearing on tracks with her mother and other gospel music superstars. After recently being recognized with a Stellar Award for female vocalist of the year and releasing her fifth album, Free, Kierra is ready to find her own, unique voice. As part of the transformation, Kierra is dropping her widely used nickname “KiKi” so she can be taken more seriously in the music world.J. DrewJ. Drew (22) is on a mission all his own as he wades through his own transition period. Growing up in the church, his great grandfather, grandfather and father all became bishops. Now, Bishop Sheard is pushing his son towards the direction of the church, but J. Drew wants to focus on being the next big secular hit-making producer. J. Drew is also trying to maintain a civil relationship with Shantel, the mother of his two year old son, who wants to have a relationship with him beyond their son.Karen Clark SheardFor Karen, it can be difficult being a first lady (a preacher’s wife), gospel superstar and doting mother. Faced with having an empty nest as daughter Kierra (the last to leave home) searches for her own independence, Karen looks at her own life and the choices she has made, especially in contrast to her daughter. Karen is continuing to help guide her children in the right direction as they branch off into adulthood while reinventing her own career and keeping the family together.Bishop J. Drew SheardAfter rising through the church and becoming a Bishop, J. Drew Sr. feels the weight of the congregation on his shoulders as well as that of his family as he prepares to run for a higher office within his international Church of God In Christ denomination. Bishop is unsure of how his family will be received ““ J. Drew II has a two year old son out of wedlock, which is considered a big no-no in the church world, especially for the son of a Bishop.THE SHEARDS is the newest addition to BET Networks long running list of successful gospel programing including the hit gospel music competition show SUNDAY BEST ; BOBBY JONES GOSPEL, the longest-running gospel program on cable; the annual CELEBRATION OF GOSPEL and LIFT EVERY VOICE which feature insightful testimonies from some of mainstream and gospel’s biggest and brightest stars.Tara Long, Holly Carter, Eric Hoberman, John Morayniss, Donny Johnson and J. Drew Sheard all serve as executive producers for THE SHEARDS .