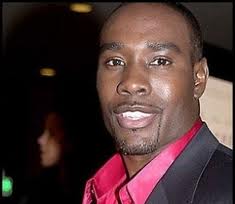 BET Networks announces Morris Chestnut as host and co-executive producer of VINDICATED , a new 30 minute multi-part docu-series that sheds a much needed spotlight on individuals who have been unjustly sent to prison for crimes they did not commit, premiering December 4 at 10:30 PM*. Morris Chestnut, best known for his critically-acclaimed film roles in Boys’N The Hood and The Best Man, has currently been cast as a series regular in the new season of Nurse Jackie and upcoming films roles in Identity Theft and The Hive opposite Halle Berry. And as host of BET’s VINDICATED , Morris will take viewers on the compelling journey of those who are wrongly accused and bring a voice to their untold stories.VINDICATED crisscrosses the country illuminating the journeys of exonerees from before they were convicted to well after their exoneration. VINDICATED explores the highs and the lows of various men and women as they attempt to rejoin society, rebuild family relationships, and regain their trust in the justice system that undeniably failed them. In addition, VINDICATED is collaborating with “The Innocence Project,” a national litigation and public policy organization dedicated to exonerating wrongfully convicted individuals through DNA testing and reforming the criminal justice system to prevent further injustice.VINDICATED is executive produced by Strange Fruit Films, 3 Sons Productions and co-executive produced by Morris Chestnut.For continuous VINDICATED updates, please visit https://www.bet.com.*All times are ET/PT.