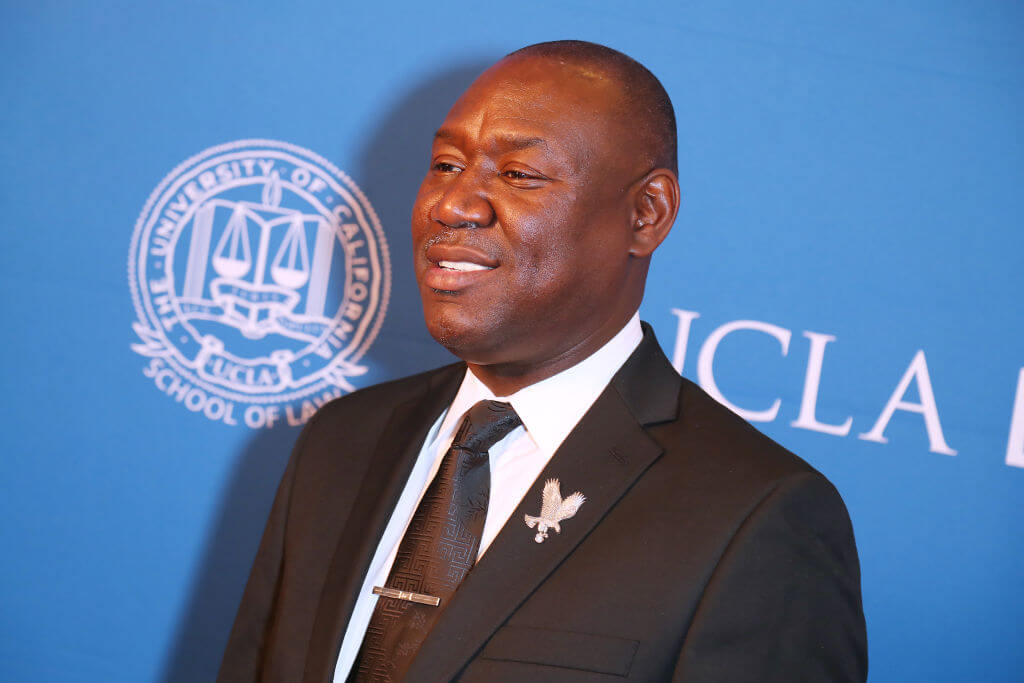 …when you are in representing somebody in a courtroom, where life and death could hang in the balance, should you not go the extra mile on your speaking skills?

Radio Facts: This is constructive in every meaning and intention of the word. It is not an attack on Benjamin Crump. Ben has done a great job of representing the community and his intentions for all intents and purposes are good.

This is about all the college professors, high school teachers, and others who “lead” others. Communication skills and or speaking skill are essential and still the key to success and they don’t have to be excellent but they should reflect your target audience. With all the BS electives that we take in college, why to make drama or speech and communication a requirement? A couple of decades ago, Magic Johnson had the same issue and he took care of the problem by consulting with a speech therapist.

While I am aware of what goes on in court and who plays an integral part in a case like the prosecution, defense, judge, witnesses, jury, evidence, etc I am not a legal expert but I am a communications professional. How often do we consider the communication skills of an attorney and how that plays a part in presenting a case and/or reaching the jury? The loss of a black boy or a black man’s life be it from a white cop or anyone else is tragic.  Condolences to Mike Brown and Trayvon Martin’s family for their losses but I want to dig deeper and talk to radio pros about something I noticed during the Mike Brown Grand Jury decision as well as Trayvon’s trial.

It’s very difficult to be a professional radio announcer and publish a site targeting other radio pros and not be aware of Attorney Benjamin Crump’s communication skills. Crump was one of the attorneys for both Trayvon Martin and Mike Brown’s families. Crump reminds me of Christopher Darden, (pictured) remember him during the loss in the OJ Simpson trial? This is not to discredit Crump’s experience and expertise, from all appearances, he is extremely well versed in law and has abundant knowledge.

As radio pros we KNOW that our job is to move, inspire, encourage, entertain and educate our audiences.  I’m not saying anyone has to speak in a way that is foreign to them but when you are in representing somebody in or out of a courtroom situation, where life and death could hang in the balance, should you not go the extra mile on your presentation? It has always been my thinking that attorneys and professors should take acting and speech classes in college as part of their training since there are SO many electives that we will never use in life, why not make this a required course?

When I heard Benjamin Crump speak during the CNN coverage of the looting after he and the prosecutor did not return with an inducement, I was shocked at what I heard. This is not the first time I have heard him speak but I realized I immediately tuned him out when I heard him before because I had to work too hard to interpret and understand what he was saying and his poor energy in addition did not leave me the option to do that. Is this what the prosecution and as a result, the jury did too (Trayvon Martin trial)?

It’s not just the pronunciation of words, it’s the inflection, modulation and overall delivery that gets the message across and you don’t have to be the BEST speaker to do it but where you lack in one area it certainly helps to gain strength in another. When you are flat in all areas there is a problem. The quality of any leader lies in his ability to communicate.

Communication skills are PARAMOUNT to get you from point A to point B and it is also an integral part of one being taken seriously. I’m not talking about your use of the English language as much as I’m talking about the combination of the use and/or your ability to persuade, convince, sell, motivate and encourage. I would think those are the qualities any good attorney needs to succeed. At least the ones that I know have those qualities. When you look at hip hop music it’s the same thing, the best rappers don’t rap like white people talk but they are able to convince, sell, encourage, motivate, etc. I have seen very angry people yelling and screaming or suffering from a loss in a foreign language but their pain and frustration is still recognizable and transcribed.

If you were watching American Idol and a great singer came out and was singing with her head down and arms glued to her side, she had no motivation, never made eye contact and didn’t use her space, how apt would you be to listen to her and believe her? Moreover, vote for her? Was she able to convince you with such limited effort? Being a great singer is just the start.

Benjamin’s communication skills may or may not be the catalyst that lost both the Trayvon Martin case AND the attempt to garner an indictment for Darren Wilson but he was the family attorney and the face of both cases and he will go down in history as the attorney who lost not one but two historic cases even though he did not technically lose the cases he was the attorney who represented the families.  Mike Brown’s parents probably hired Crump’s team to represent them after his involvement in losing the landmark Trayvon Martin case… Pro Bono, perhaps, it was the best they could do. I cannot blame them for that but did they have any other options? It was a very high-profile case. It would seem there would have been other attorneys wanting to be on board.  How apt would you have been to hire an attorney to represent you who was involved in a similar case that lost?

Great Communication Sells Ideas, Thoughts and Goals and Influences Others

Without question St. Louis County Prosecuting Attorney Bob McCulloch, may not be likable but he does have great communication skills. During the press conference, he was very believable for most of his speech, even if you didn’t like him… you listened to him. Even though it was long and drawn out you heard every word he said and it didn’t bother you as much that he was taking too long to state whether or not Darren Wilson would be indicted.  (By the way, these are the types of jobs, spokespersons, that older radio Radio DJs would be great for if they only apply). He did not do as well during the question and answer period which began to discredit his previous believable segment and that’s probably when a lot of black people lost interest. He became defensive, he lost his “cool” effect and he came off like he was an elitist and insulted by a couple of the reporter’s questions. If you look at the video you can sense the anger in the minority reporters who asked questions as well, they maintained themselves but once again, they were able to communicate their feelings through their body language and their questions.

When you see great attorneys in the courtroom they are often very animated and they always have excellent communication skills, they know how to make the jury think and witnesses break down, it’s not just about asking the right questions it’s about the WAY the questions are asked and how they are answered. Who can remember Johnny Cochran during the OJ trial? He was educated, informed, animated, unpredictable, interesting creative, dramatic and convincing. Overall, he had great communication skills. A politician is not going to get the vote if he is not able to communicate with voters and a professor is going to have a lot of sleepy students and failing grades to give out if he or she does not know how to communicate.

When you look at Maxine Waters (pictured) and you are from the black community you are immediately able to relate to her persona. Who didn’t have a mother, aunt, teacher or neighbor or woman at the church that Maxine reminds them of? She has your attention right away and she keeps it.

Not Always Used for Good

Great communicators get your attention and can sway you in their direction even when they are wrong. Some of the worst leaders in the world were able to get people to follow them because of their communication skills. Con artists are able to rip people off because of their great communication skills. They make you think they are the vulnerable ones and that they can be taken advantage of and people fall for it and lose. The ability may not always be used for good but it has to be used if you are trying to convince someone. You have to be able to enlighten, educate, inform, reach and touch your audience.

If the odds are already stacked against us when it comes to the legal system, would it not behoove us to at least be completely prepared? You can tighten up your communication skills, it’s not something that cannot be worked on and changed for the better.

I want to clarify that Benjamin Crump can do whatever he wants to do. If he feels that he is effective the way that he is than that’s his choice and option to do so. 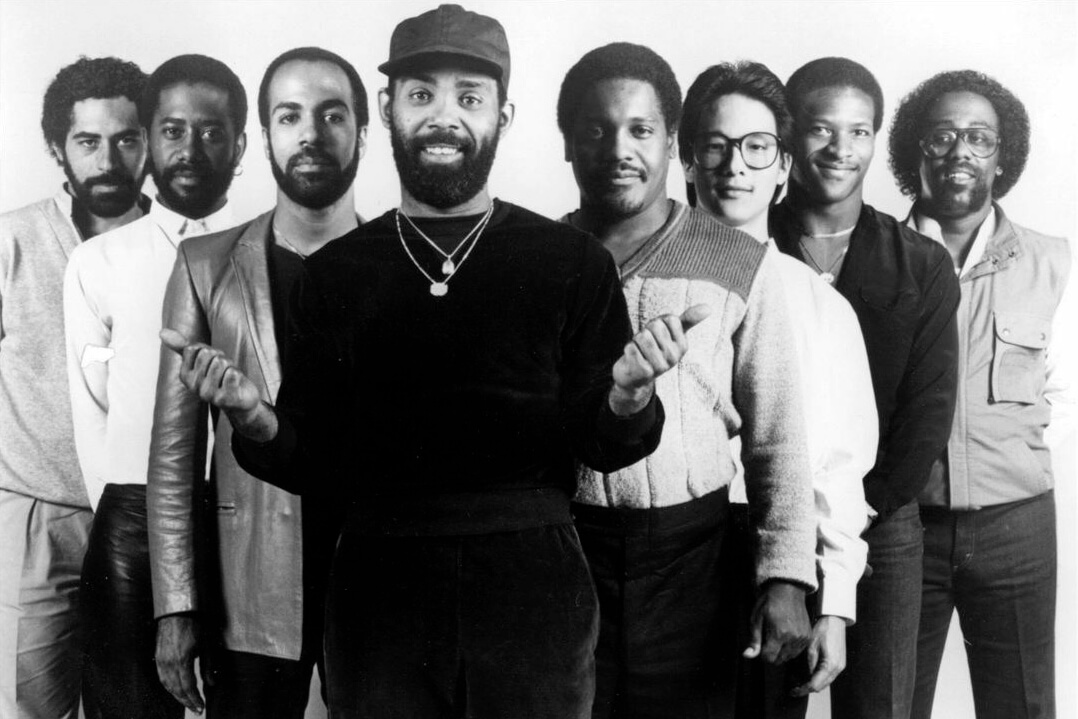 By Darryl Littleton and Kevin Ross When I worked in Radio, every year we had to play Christmas music for six weeks. These