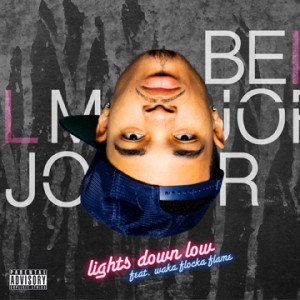 Following its premiere Monday on MTV, Bei Maejor’s video for the single “Lights Down Low” featuring Waka Flocka Flame is now on Vevo- https://youtu.be/Cc3Sp_f9j_s. The single follows the previously released track “Trouble” featuring J.Cole (video / iTunes / Amazon). Both songs give a taste of what’s to come from his forthcoming debut album on RCA Records.Bei Maejor is a big deal. By the time Bei graduated from the University of Michigan, Ann Arbor in 2008, he had already developed an online following through his mixtapes. Moving to Atlanta, the post-graduate joined Ne-yo’s Compound Entertainment team as a producer. His up-beat production and clever songwriting made him an immediate success in the camp. Over the years, he has developed a signature style of creating sample free tracks from everyday items and sounds ranging from children’s toys to lighting matches.At twenty four years old, as a songwriter, producer and recording artist, Bei has worked with many talented artists including Ciara, Andre 3000, Trey Songz, Ne-Yo, Drake, T-Pain, Keri Hilson, Sean Kingston, Soulja Boy Monica and Diggy Simmons. He’s had two Grammy Award nominations and continued to release mixtapes and viral videos. Bei continues to develop a huge following and gain solid traction on YouTube, Facebook and MySpace.Infusing a mix of hip hop music and R&amp;B influences in his sound, Bei Maejor has created a lane for himself usually reserved for rappers. His music is edgy, fun, youthful and culturally relevant. Bei’s ability to discard perceived barriers in music speaks to how an entire generation views themselves. No one can be categorized with a single label. Music, like people, can be diverse, unique and provocative. Great music transcends hip-hop, R&amp;B and pop. If it makes you feel good, nod your head or hit the dance floor, mission accomplished! Bei Maejor can do that and more!Want more Bei Maejor? Download his recently released mixtape, Upscale, for free here.www.beimaejor.comwww.facebook.com/beimaejorwww.twitter.com/beimaejor<iframe width=”560″ height=”315″ src=”https://www.youtube.com/embed/videoseries?list=UUJxm_YpFi_9x2H3uQFdNw_Q&hl=en_US” frameborder=”0″ allowfullscreen></iframe>