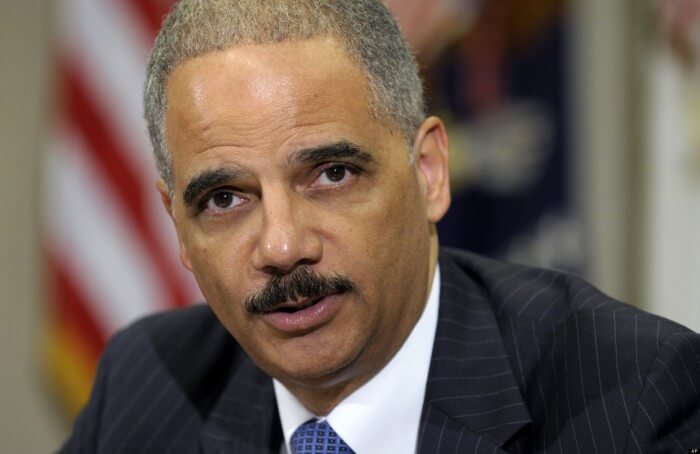 Eric Holder, who served as the public face of the Obama administration’s legal fight against terrorism and pushed to make the criminal justice system more even-handed, is resigning after six years on the job. Holder served as the 82nd Attorney General of the United States. Holder, serving in the administration of President Barack Obama, is the first black American to hold the position of U.S. Attorney General. President Obama is expected to make a statement regarding Eric Holder’s resignation.[youtube https://www.youtube.com/watch?v=dV5P3VmqsrA]