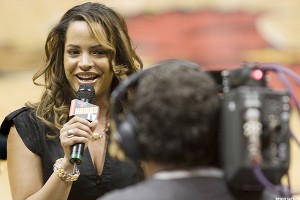 Elle Duncan is out as of last week at WVEE in Atlanta. It appeared the station tried repeatedly to find a permanent home for the Radio DJtress  who started off as a sidekick for The 2 Live Stews in Atlanta (whatever happened to them?). Duncan had been used in several shifts at the station including a stint as afternoon drive‘s Ryan Cameron's sidekick, her own midday shift, as a morning sidekick replacing local cross dressing sensation Miss Sophia then BACK to Cameron's show as the sidekick in her last position (can you say “A Warning?) No word on a replacement or Duncan but we would guess the station will not replace her until after the new year.

Radio Facts - June 1, 2020 0
In a time where black men and women worked hard to build their own communities by being entrepreneurs and economically independent they...