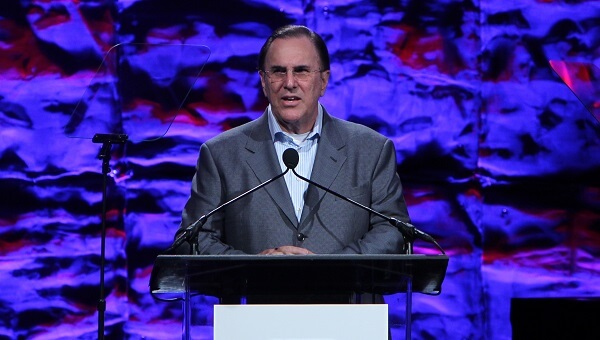 ASCAP CEO John LoFrumento to Retire; Transformed ASCAP Into World’s Leading Rights Organization
ASCAP CEO John LoFrumento has announced his decision to retire as of January 1st. He has served the members of ASCAP since 1981, when he first joined as Controller, then served as CFO, COO and EVP, before being named CEO in 1997.
As CEO, LoFrumento helped ASCAP develop one of the most sophisticated technology platforms for performance tracking and royalty distributions across all media. At the same time, ASCAP’s membership and distributions grew exponentially under LoFrumento’s leadership. When he became CEO in 1997, ASCAP had 70,000 members and distributions totaling $417 million. In 2014 ASCAP reached 520,000 members, with distributions expected to exceed $875 million.
“I was always a driven, numbers-crunching guy who loved a good challenge,” said LoFrumento. “So when I became CEO in 1997, I embraced the goal of transforming ASCAP into a new kind of organization that would be ready to meet the demands of the 21st century, and I am so proud of what we have achieved. I never expected that protecting, supporting and growing the livelihoods of so many great music creators would become my life’s calling. I’m so glad it did. Serving ASCAP’s songwriters, composers and publishers has been a privilege beyond my wildest dreams. I learned early on that before music reaches millions of listeners through radio, TV, the corner bar or a football stadium, and today through billions of streams across the internet, it must be written by passionate, committed and talented people – you. Working for you, sharing the joy of your achievements and fighting alongside you for fair compensation, has been an experience and an honor of a lifetime. One I will never forget. Fortunately, I am able to retire with tremendous confidence in ASCAP’s future, knowing that the Board’s search for a new CEO is well underway.”
LoFrumento’s tenure at the helm of ASCAP includes many firsts within the music industry:
The creation and growth of MusicPro Insurance, the first and only affordable insurance agency for music professionals
The development of the ASCAP “I Create Music” EXPO, the first and only national conference with a 100% focus on music creation
The first royalty payments for performances of music on the internet
The first to call for updates to the PROs’ decades-old Consent Decrees with the US Department of Justice, to reflect the way people consume music in the digital age