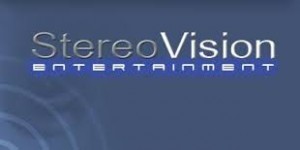 Stereo Vision Entertainment Inc. announced today that their Board member Steven ‘Herky’ Williams has been appointed Vice Chairman and Interim President of their wholly owned subsidiary REZN8 with immediate effect.”For 13 years as Stereo Vision‘s Secretary Treasurer and Board of Directors member, Herky Williams has been a dependable shareholder resource providing reliable and sage guidance through the complex maze of the entertainment industry and SEC filings,” said Stereo Vision‘s CEO Jack Honour. “His 16 years with ASCAP, who is the 900 pound gorilla in the business of collecting and distributing royalties for authors, composers, and publishers, will serve the Company well in our preparations for taking REZN8 public.””Stereo Vision has assembled some top talent at REZN8,” Honour continued, “and Herky managing the compliance side of the REZN8 IPO will allow them to devote all their REZN8 energies towards generating new business opportunities for the Stereo Vision/REZN8 entertainment group. Herky will remain REZN8’s President until it’s fully reporting with the SEC at which time the permanent president will be seated and Herky will then continue as REZN8’s Vice Chairman.”