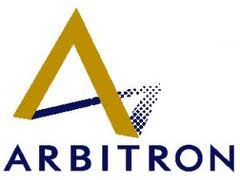 Arbitron and Magic Broadcasting settle copyright infringement suit Broadcaster agrees to an undisclosed settlement paymentCOLUMBIA, MD, October 31, 2012 ““ Arbitron Inc. (NYSE: ARB) announced today that it has entered into a settlement agreement with Magic Broadcasting, LLC and Magic Broadcasting Alabama Licensing, LLC that resolves the legal action brought by Arbitron for copyright infringement and breach of license agreement.In a lawsuit filed November 16, 2011, Arbitron alleged that Magic Broadcasting improperly used proprietary or copyrighted Arbitron materials, information, and data after the expiration of its license agreement with Arbitron. The lawsuit was filed as part of ongoing Arbitron initiative to protect its intellectual property rights.Magic Broadcasting, which formerly owned and operated several radio stations in the Dothan, Alabama market, agreed to settle for an undisclosed sum. The broadcaster also agreed not to engage in any activities that would infringe, misappropriate, or breach Arbitron’s intellectual property rights in any of its reports, data or software. Magic acknowledged that its on air personalities were not authorized to refer to Arbitron ratings data and agreed to refrain from making any unauthorized use of Arbitron’s ratings data in the future. Arbitron agreed not to pursue legal action against Magic as long as Magic complies with the terms of the settlement agreement.