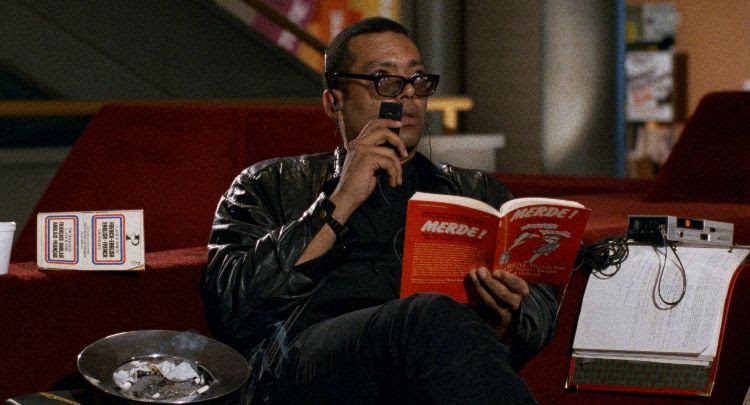 Chameleon Street garnered critical acclaim during its limited release in 1991, with Vincent Canby of The New York Times notably heralding Harris as “a triple-threat new filmmaker of original and eccentric talent.” The film has remained largely unavailable aside from an out-of-print VHS edition and a DVD released in 2007 (now also out-of-print), which nevertheless sparked a rediscovery by a handful of contemporary critics and programmers. Writing for the BFI in 2020, writer and programmer Ashley Clark called it  “A lost masterpiece of black American cinema,” while Time Out London lauded the film as “one of the most provocative and adventurous American movies ever made.”

The long-overdue 4K restoration of Chameleon Street was completed from the original camera negative and sound materials by Arbelos and supervised by Harris himself.

“For over 30 years Chameleon Street has been kept on life-support by supportive critics and film festivals,” said Harris. “Arbelos has masterminded an outstanding 4K restoration of CS from original elements. And I want you to know that Chameleon Street has never looked or sounded so resplendently beautiful.”

The restoration is the latest bold re-discovery from Arbelos, the boutique distributor and restoration company behind recent 4K restorations including Dennis Hopper’s The Last Movie (1971), Béla Tarr’s Satantango (1994), Nina Menkes’s Queen of Diamonds (1991), and The Juniper Tree (1991) starring Björk.

“Chameleon Street is an undeniable masterpiece that by all rights should have had its moment in the sun long ago,” said David Marriott, Arbelos co-founder. “The film is every bit as relevant and accomplished today as it was in 1990 when it won Sundance. This gorgeous new 4K restoration is primed to bring the great Wendell B. Harris Jr.’s landmark film to a new generation of audiences.”