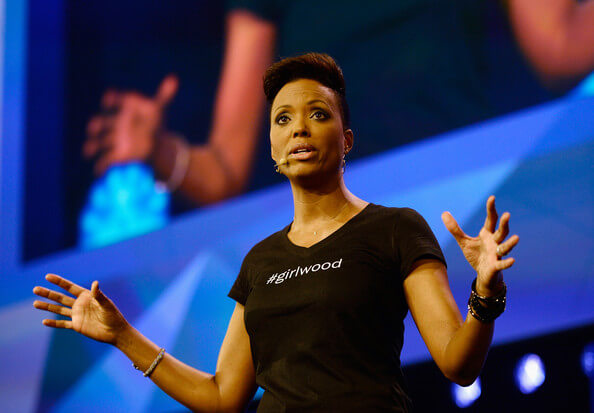 Actress and gamer Aisha Tyler had to clarify her position after a quick interview with NPR that was not clear on her FB page. She stated:

Okay this is the last I’ll say on diversity in gaming for this round of slavering frothy machination. This is what I said in the long form version of my interview with NPR on the floor at E3, which unfortunately, because of time, was greatly truncated.
There is not enough diversity in gaming, both onscreen and in game development. I do not dispute that. HOWEVER. It is changing. And the fact that TWD was the 2012 VGA Game of the Year, with a strong, complex black lead and an asian co-lead; that The Last of Us has a female co-lead who is revealed in the DLC to be a lesbian; that the co-lead in Gears of War was Latino; that there were multiple strong female characters in Bioshock: Infinite, a game that focused in an elegant way on issues of race and racism; that the last three AC games had leads who were, in order, black and female, Trinidadian, and Native American; that Tomb Raider, with a female lead, is one of the biggest-selling games of all time (despite the massive rack); that there are dozens of other examples I don’t have time to Google — means we are making progress.

We are nowhere near where we need to be. The dearth of gaming execs who are female or of color belies a bigger problem with our educational system. We need to do a better job of training kids in math and science. And for sure, game developers need to do a better job of recruiting and developing diverse talent. Gamers of every gender and ethnicity are demanding it, both inside games and out. As widely reported, half of all gamers are women. And black and Latino teens spend far more time gaming than their white counterparts. So gamers already have the numbers. They already mean something. But to sit on the sidelines and whine changes nothing.
Gamers have to DEMAND change, both with their voices and their pocketbooks. There are plenty of games in which you can create your avatar, and I know hundreds of straight white guys who play as hot badass mohawked Asian lesbians when they are able to design their own characters (Skyrim, Fallout, Mass Effect, etc.). We are creating our own diversity. We ARE our own diversity. Gamers are not a monolith. And we are not perfect. But we know where our issues lie. One person’s opinion does not define an industry. Not mine, not Anita Sarkeesian’s, not any single game developer. We are not a monolith.The only thing we truly and fully share, is our love of games.
Let’s focus on what unites us instead of what divides us.
Our love of gaming.
Game on