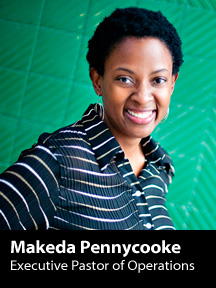 What is going on in Charlotte? Two weeks ago we reported about the Black party of 25 being asked to leave the restaurant and now An African-American pastor in Charlotte is being accused of racism, after she sent an email requesting that only white members of the congregation stand in front of the church to greet guests and newcomers.According to CBS Charlotte, the email was sent by Pastor Makeda Pennycooke of the Freedom House Church.  Allegedly the email  requested that only white volunteers from the church should appear on the front steps to greet newcomers. According to the Pastor’s email, she was expecting a heavier turnout to church and really wanted to make a good impression on potential new members. “We anticipate having an increase in the number of people visiting and attending Freedom House over the next few weeks,” Pastor Pennycooke says in the email. She then says,”first impressions matter” and she goes on to say the church wants “the best of the best on the front doors.””We are continuing to work to bring our racial demographic pendulum back to mid-line,” she continued in the email. “So we would like to ask that only white people be on the front doors.”Apparently she felt that having the white members greet guests, it would be more welcoming to new guests.  African-American members were not encouraged to greet new members in the email. Ironically, the “Freedom” House Church is known for being a very diverse and welcoming church to all people.   In her defense,  Pastor Pennycooke did send out a second email within in 24 hours of the initial email, this time apologizing for the racist or prejudice tone of her first email.