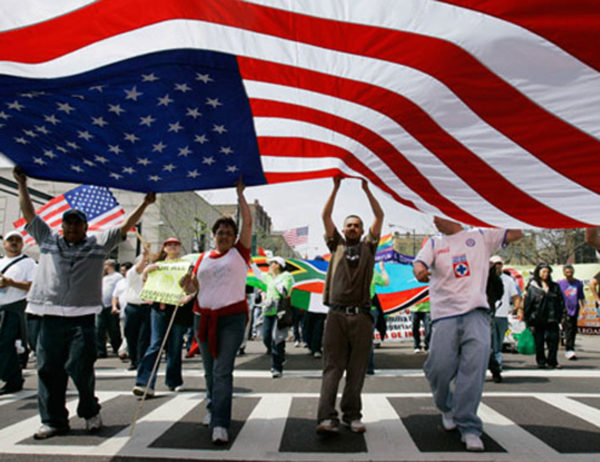 On June 22 and 23, talk radio hosts from across the country will broadcast from the Phoenix Park Hotel on Capitol Hill as part of the tenth annual Hold Their Feet to the Fire (F2F) event sponsored by the Federation for American Immigration Reform (FAIR).
The event will feature dozens of members of Congress, sheriffs, and other law enforcement officers, and the nation’s top experts on immigration policy. Immigration is not just a key issue in the 2016 presidential election. It’s going to be an important factor in races up and down the ballot this November. F2F 2016 will likely coincide with an important Supreme Court ruling in a case brought by 26 states challenging President Obama’s executive amnesty programs for about 4.7 million illegal aliens.
The second day of F2F will coincide with the vote in Britain (Brexit) deciding whether to remain in the European Union. According to polls, voter’s concerns about unrestricted immigration are the primary driving force behind support for the Brexit initiative.
As always, credentialed media are invited to attend F2F and may have unrestricted access to all hosts and the broad spectrum of guest interviewees on-site. Pre-registration is not required but media must check-in at the Event Desk and present credentials.
What: Hold Their Feet to the Fire radio row
When: Wednesday, June 22 and Thursday, June 23
7:00 am to 6:00 pm
Where: Phoenix Park Hotel
520 North Capitol Street, Washington D.C.