Yeah, I’m Pretty Sure These Things Are True…

Radio Facts has been in business for 24 years. In that time, as the CEO, I’ve had a LOT of ups and downs. There were times I wanted to walk away, times I’ve loved it, times I’ve been frustrated and times I wanted to give up on the industry. But something always kept luring me back. Where am I now? In a GREAT place, Radio Facts is at its peak and I’m focusing more on industry business instead of just an industry site because we NEED more black businesses in the industry.

As the industry is headed in a more entrepreneurial and online event production status, it would behoove current industry pros to educate ourselves on everything from SEO standards to affiliate marketing and blogging to increase side gig revenue for the future. I cannot say it enough, radio is a springboard NOT a reclyner. Radio is to be used to ADVANCE our careers not stagnate.

If I was a statistician and I was concentrating on the industry specifically, there are at least seven things I am confident I know for sure about our industry after 24 years from a national perspective. Ready? Here we go. Click “Next” below for the next segment. 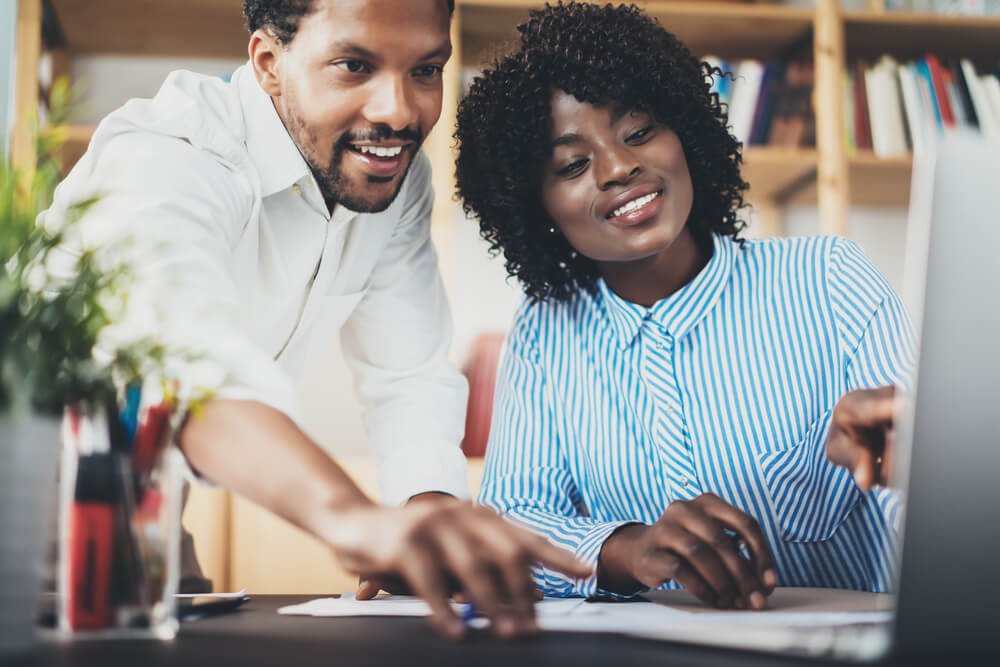 I can honestly say, had it not been for black people I would not have succeeded with my own business in the industry. This does not mean that ALL black people have supported me. There have been some (especially men for some reason) who don’t support any of the black trades but both men and women from all races have looked out for me which is what I focus on. I can honestly tell you that, for the most part, black people DO lookout for other blacks and want to see us succeed. 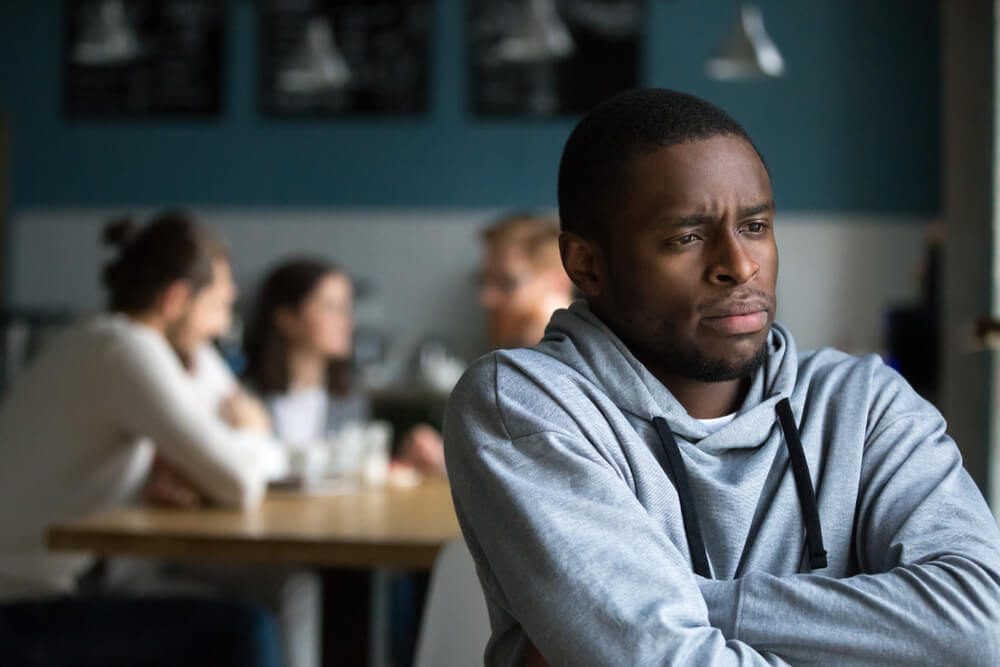 Racism DOES exist in our Industry

I went to a conference once and went to an event on a hotel roof in downtown LA to meet the president of a big company. I was shocked to see that I was literally the ONLY black person in the entire room of 400 people. In all fairness, there were at least 8 other blacks in the room but they were walking around with trays of hors d’oeuvres and giving me that look like ‘help us get the hell out of here, you must be somebody important.’ I literally felt like I was in a scene from a slave movie. It was disgusting and this company which is a HUGE company in the industry consistently gets LOW marks for diversity but they make a TON of money from Black product. A few years ago I would have revealed who it is but I won’t do it here.

Another example, I called a record label and spoke to the white head of the label who told me … and I quote “I can’t believe you actually have the nerve to call me.” I was shocked but not surprised. This is a label that makes a TON of money of rap product.

There are people on the radio side who play a TON of black music and have a ton of black concerts and events who want NOTHING to do with black people in the industry no matter how many pictures they take cheesing it up with black rappers. This does not apply to all of them but way too many to count.

Racism is always ridiculous but when it’s evident that the perpetrators are only here to make money off the black talent there is not much that can be done especially when the black artists don’t speak up. They are the ones with the true power to change the situation. 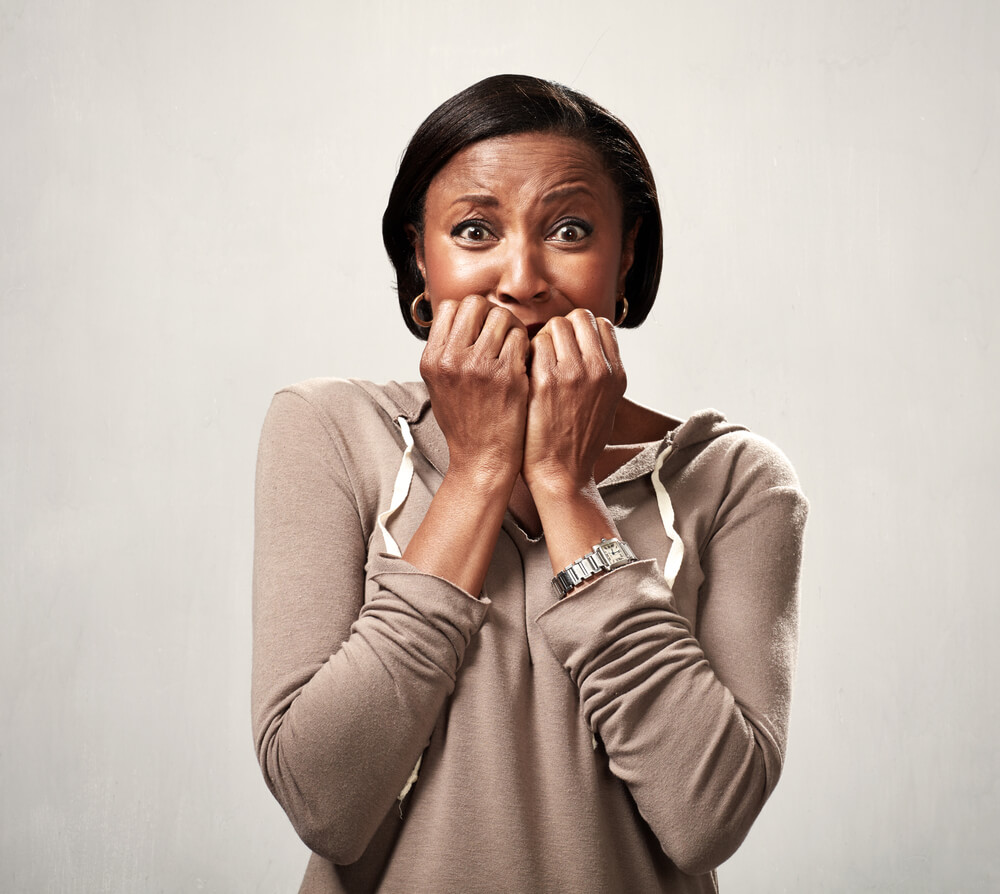 A MAJORITY of the press releases we get for Radio Facts for as long as I can remember are promoting gigs for everybody BUT black people especially black men. Black talent, especially at radio, RARELY are promoted and don’t promote themselves to the trades. Promoting yourself on social media is OK when it’s good quality content creation or great segments that happen in the radio studio but when it comes from a national 3rd party to THE INDUSTRY it has added benefits for the future of the talent. I’ve heard some people say, ‘we’re rarely promoted, so there is no news.’  That, unfortunately, is true. The ladder for black talent in the industry is often missing many rungs but I also know many black radio people also fear self-promotion for corporate disciplinary action.

Please tell me what radio corporation has a policy against promoting yourself and I will call them myself and ask them what the problem is. That makes NO sense to me but I’ve heard it time and again. For those who don’t promote themselves, I URGE you to look at the last segment. 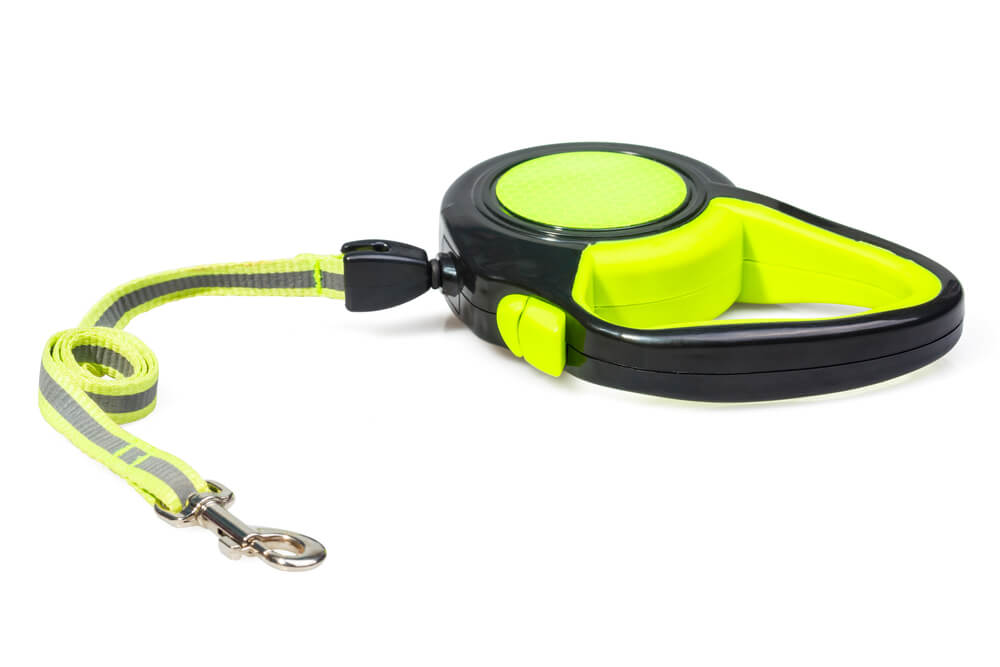 I have seen countless Black people ESPECIALLY on the radio side sit too comfortably for TOO long waiting for others to approve of or measure our efficiency and effectiveness not considering that there are radio people in management positions who are lagging when it comes to social media and music trends. When I hire people to work for me. I look for people who are smarter than me. Only a damn fool keeps hiring people they can direct, especially in today’s industry.

When it comes to YOU, if there is no risk to find a way to build your brand, without interrupting your radio corporation’s rules, there is no reward and when the company is done with you, it can lead to disaster depending on your age no matter WHAT your age. Be creative in your venture to build your brand and fill the current industry holes that are missing and on the radio side… there is a LOT. I have seen SO many black radio people keep getting the exact same positions after being laid off over and over for YEARS. At what point do we aim higher? If you are comfortable, it’s not the time to rest, it’s the time to WORK. 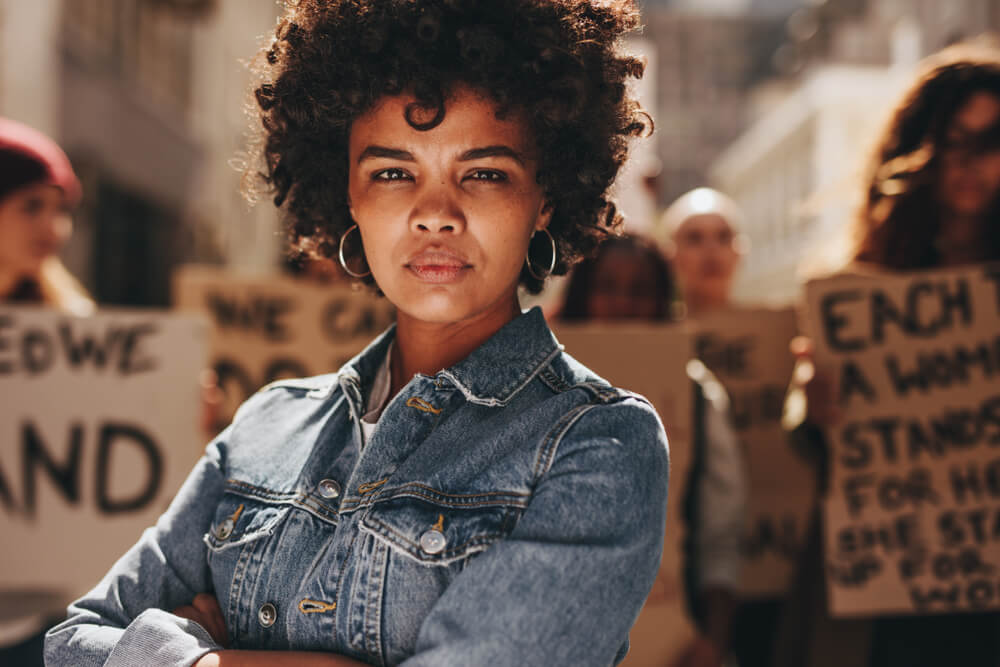 Black Women are More Compassionate and Participatory with Black Causes

MOST of the complaints about nepotism often apply more to black men in power positions in the industry whereas black women tend to be more likely to give someone new a chance that she doesn’t know that well but who is making a worthwhile contribution. When we do the Women of Color in Media magazine, we do run into a bit of animosity from some women who think they should be honored OVER other women but that’s with ANY situation where people are being honored. Black women who are in competing positions with honorees still call and ask for copies of the magazine. 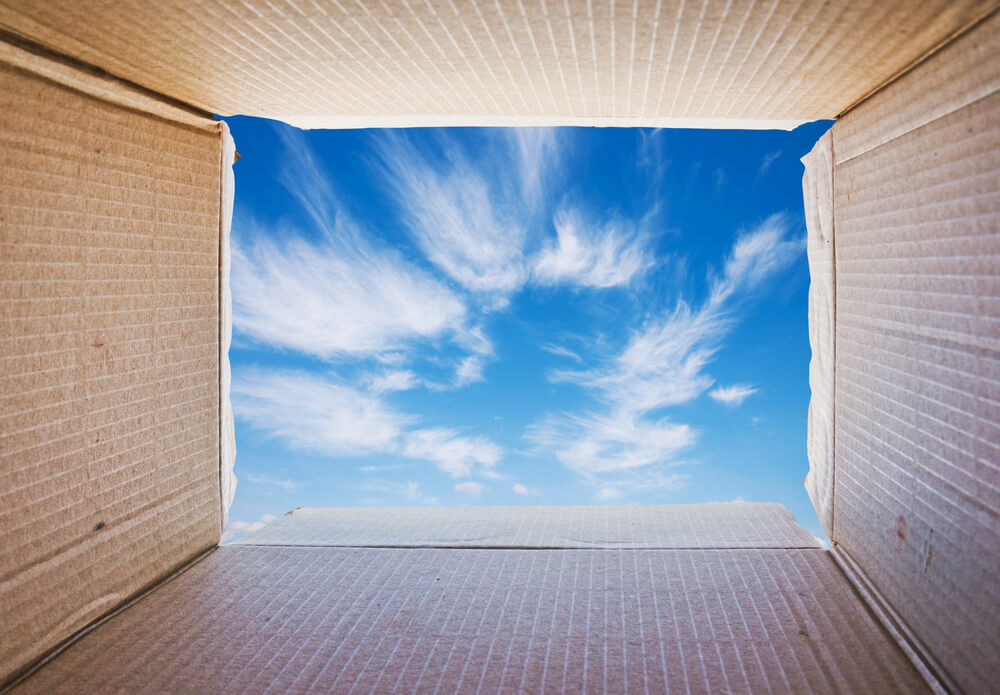 We Are Often Apprehensive About Stepping Outside the “Black Box”

Look at the greatest success stories in the Black industry and you will see that people like Cathy Hughes, Charlamagne, Tom Joyner , Wendy Williams and others stepped outside the box and created their own paths to success by daring to be different and using all of their options. Black culture is not only prominent and valuable it is OURS. The industry KNOWS how valuable black culture is but the question is do WE? I have seen SO many examples of us giving away our talent and culture to other races then complaining about them stealing it. We are without question the ONLY race that allows every other race to borrow, use and profit from our culture with little response. 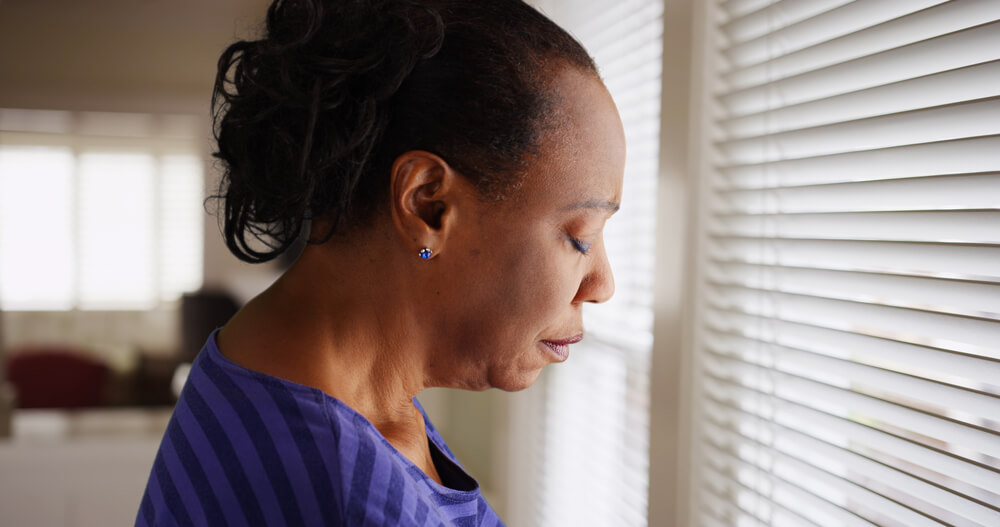 This is the MOST important thing Radio Facts has taught me. Over the years I have written many death notices with headlines that say “Vet Dies” in your emails. I can honestly tell you, at one time it started to take a toll on me and sent me spiraling into a dark funk. Mostly because a LOT of it was preventable. Yes, you read that right, PREVENTABLE. A majority of the people who get sick and die almost always have the same set of circumstances, they are not working and can’t get back in the industry. They really die of broken hearts that morph into ailments and diseases. They get frustrated then depressed then ill and then they die.

Out of 100% of the deaths I’ve written about over the years at least 90% of the cases are what I described above. No joke when I say this… KEEP WORKING, PLAN FOR LIFE AFTER THE INDUSTRY AND PURSUE YOUR  OTHER PASSIONS… NOW!!! When you get up each day without goals, drive, passion or purpose you develop the soul of an invalid and it’s hard to bounce back. Quite often this comes from a lack of preparation while we are working or failing to plan for the future and the refusal to accept a consistently changing industry. It will not change back to the industry that you once knew in your lifetime, accept the changes and be willing to go with them.

Princess DominikoMay 23, 2022September 18, 2022
May 23, 2022September 18, 2022
FacebookTwitterInstagramYoutube
We use cookies on our website to give you the most relevant experience by remembering your preferences and repeat visits. By clicking “Accept”, you consent to the use of ALL the cookies.
Do not sell my personal information.
Cookie SettingsAccept
Manage consent