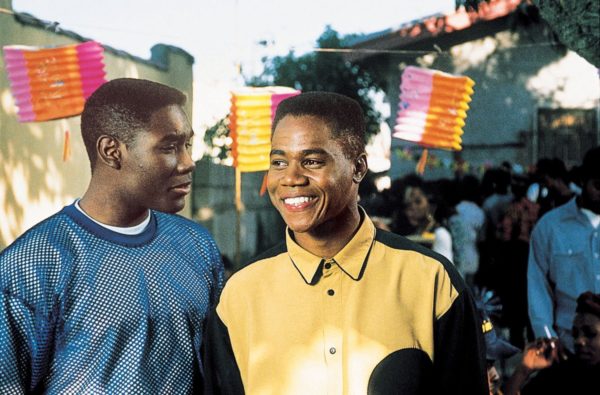 TCM is pleased to announce additional screenings and film luminaries have been added to the already-exciting 2016 TCM Classic Film Festival lineup: the 7th annual Festival will open with a 40th anniversary screening of the Robert Redford and Dustin Hoffman political thriller ALL THE PRESIDENT’S MEN (1976).

The 2016 Festival will feature tributes to two screen legends that have had illustrious careers both in front of and behind the camera. Emmy-winning director-writer Carl Reiner will appear at a screening of his film DEAD MEN DON’T WEAR PLAID (1982) along with an extended conversation about his career. Actor Elliott Gould will introduce screenings of his Golden Globe nominated performance in M*A*S*H (1970) and THE LONG GOODBYE (1973) as well as participating in a detailed conversation on his career in Club TCM.

TCM is also bringing back “Smell-O-Vision” with the North American premiere of HOLIDAY IN SPAIN aka SCENT OF MYSTERY (1960) in a one-of-a-kind presentation at the Cinerama Dome, sponsored by Arclight Hollywood.

Festival attendees will also have a chance to enjoy the Harold Lloyd classic THE FRESHMAN (1925), which will be the opening night poolside screening featuring a live dj re-score from music supervisor Thomas Golubić.

ALL THE PRESIDENTS MEN (1976)
Producer and star Robert Redford helped change the face of newspaper movies when he teamed with Dustin Hoffman for this tense political thriller about Washington Post reporters Bob Woodward and Carl Bernstein’s investigation of the Watergate break-in. Presented in a 40th anniversary screening in collaboration with Warner Bros. Classics.

BAND OF OUTSIDERS (1964)
US Premiere Restoration
With its story of a bored student (Anna Karina) who gets involved with small-time crooks (Jean-Claude Brialy and Sami Frey), this dreamlike riff on gangster films by director Jean-Luc Godard is also a love letter to Paris, transporting the American crime figures to a Parisian world of cafes and landmarks. Shown in a US premiere restoration in collaboration with Rialto Pictures. In attendance: Anna Karina.

BOYZ N THE HOOD (1991)
US Premiere Restoration
This semi-autobiographical tale of a young man (Cuba Gooding, Jr.) growing up in South Central L.A. who gets caught up in the area’s gang life marked the feature writing and directing debut of John Singleton, the first African-American nominated for a Best Directing Oscar, shown in a US premiere restoration in collaboration with Rialto Pictures. In attendance: John Singleton.

DEAD MEN DON’T WEAR PLAID (1982)
This masterful cinematic treat, created by director-writer Carl Reiner, intercuts scenes with Steve Martin as a private eye investigating the murder of the world’s leading cheese scientist, with classic films from the 1940s, casting him opposite such legends as Ingrid Bergman, James Cagney and Burt Lancaster. Presented in collaboration with Universal Pictures Home Entertainment. In attendance: Carl Reiner.

FAT CITY (1972)
Director John Huston’s gritty yet affectionate look at the world of small-time boxing, with Stacy Keach as a down-and-out slugger and Jeff Bridges as a young up-and-comer, both moving gracefully through a world of seedy gyms and flop houses, presented in collaboration with Sony Pictures. In attendance: Stacy Keach.

THE FRESHMAN (1925)
Music Supervisor Thomas Golubić presents a live dj re-score for master comedian Harold Lloyd’s biggest hit: the story of a college freshman so eager to please he makes a fool of himself and threatens to blow the big game, presented in collaboration with Harold Lloyd Entertainment. In attendance: Thomas Golubić and Suzanne Lloyd.

HOLIDAY IN SPAIN aka SCENT OF MYSTERY (1960)
North American Premiere Restoration
This combination mystery-travelogue, about a British mystery writer trying to protect an American heiress from murderers, features offbeat comedy, beautiful shots of Spain and, in this special North American premiere of the presentation at ArcLight Cinemas’ Cinerama Dome, the return of Smell-O-Vision. Presented in collaboration with Cinerama Inc., Redwind Productions, Scented Storytelling, Scent Events and the Institute for Art and Olfaction, sponsored by the Arclight Hollywood.

THE LONG GOODBYE (1973)
With Elliott Gould as Phillip Marlowe, director Robert Altman turns Raymond Chandler’s novel into a dreamlike riff on film noir—with the private eye trying to help a friend while searching for a missing novelist. Presented in collaboration with MGM/United Artists and Park Circus LLC. In attendance: Elliott Gould.

M*A*S*H (1970)
Director Robert Altman gave the war film a new look with this anarchic comedy about a mobile surgical unit during the Korean War where surgeons Donald Sutherland and Elliott Gould—in a Golden Globe nominated performance — spend almost as much time playing pranks on each other as they do saving lives. Presented in collaboration with Twentieth Century-Fox. In attendance: Elliott Gould.
THE RUSSIANS ARE COMING THE RUSSIANS ARE COMING (1966)

The Cold War goes from bad to mirth in this political comedy directed by Norman Jewison about a New England town sent into a tizzy when a Russian sub runs aground on a nearby sandbar. The cast includes Eva Marie Saint, Alan Arkin, Carl Reiner and Brian Keith. Presented in collaboration with MGM/United Artists and Park Circus LLC. In attendance: Eva Marie Saint.

Select passes for the 2016 TCM Classic Film Festival are still available but are going fast!
Stay tuned for more exciting film and special guest announcements in the coming weeks!