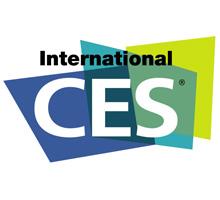 The International CES ® today announced its “Call for Speakers” for the 2013 International CES ®, the world’s most important technology event, which returns to Las Vegas, Nevada, January 8-11, 2013.
Consistently ranked as one of the top 10 most desired speaking opportunities for CEOs, the International CES conference program features the consumer electronics industry’s top authorities to address the latest trends, strategies and upcoming business opportunities.
The Call for Speakers focuses on 25+ sessions targeting some of the hottest topics in technology today and in the future. These sessions, combined with tracks produced by our conference partners, will bring more than 900 speakers and 300 conference sessions covering a diverse span of industry topics. More than 150,000 professionals from the accessories, audio, automotive, content, digital imaging, entertainment, health and fitness, video and wireless industries attend CES. Corporate buyers and retailers, media, analysts, venture capitalists and manufacturers from 150 countries also come to CES to conduct global business.
Speaker proposals will be accepted through 5 p.m. EST, June 12, 2012. Proposals should be submitted online at: speaker.ce.org .
A full list of topics to be covered during the 2013 International CES conference program is now available.